Petrucci to undergo surgery in Melbourne 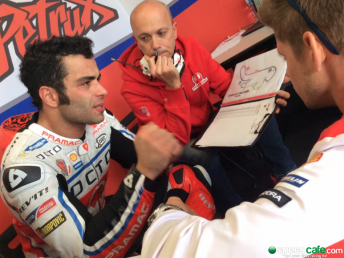 Pramac Ducati rider Danilo Petrucci is due to undergo surgery on his fractured right hand in Melbourne on Monday.

The Italian rider sustained the injury following a nasty fall which brought out the red flags on the final day of the MotoGP pre-season test at Phillip Island on Friday.

Petrucci, who topped the times on the opening day of the test, was diagnosed with several fractures to his hand but has been unable to have surgery until the swelling on his injuries subsides.

His team has confirmed that he will now undergo surgery on Monday evening at the Alfred Hospital in Melbourne before flying back to Italy.

The team is yet to name who will replace Petrucci at the final pre-season test at Qatar’s Losail circuit (March 2-4).

It is not yet clear whether he will be declared fit enough to contest the opening round of the season at the same venue from March 18-20.