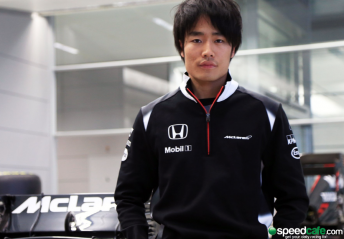 Nobuharu Matsuhita will join McLaren as a test driver

GP2 driver Nobuharu Matsushita will take up the role of test and reserve driver at McLaren Honda.

“This season I am ecstatic to be joining the McLaren-Honda F1 team as a test and development driver,” said Matsushita

“To step into the world of Formula 1 fulfils a boyhood dream, and is a huge step forward in my career.

“I will do the utmost to help the race team on the track, by gathering data to feed back into the development and set-up of the car through simulator work.

“As a GP2 Series driver, my sole focus for 2016 is to win the championship.

“I believe that I have the best package around me to succeed and reach my ultimate goal of becoming a Formula 1 driver.”

McLaren is due to launch its MP4-31 on Sunday ahead of next week’s first pre-season test at Barcelona.