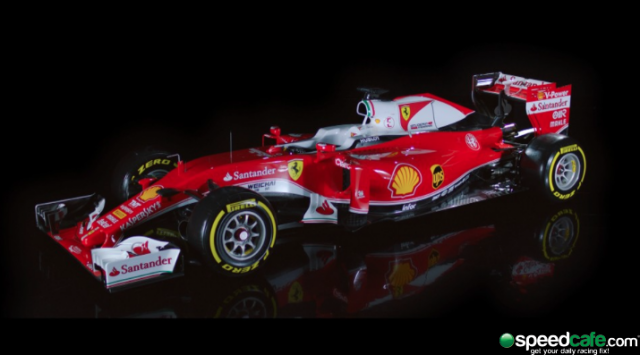 Ferrari has revealed its Formula 1 car designed to take the fight to Mercedes this season via an online launch.

The SF16-H features several changes compared to its predecessor with the Maranello team adopting a shorter nose design seen on several of its rivals last year.

Among the alterations is a revised livery highlighted by a striking white engine cover and front wing.

The squad has retained Vettel and team-mate Kimi Raikkonen for the new season as it aims to close the gap to the Silver Arrows.

Both its drivers attended the launch along with team boss Maurizio Arrivabene, with the latter predicting a gruelling fight for the championship.

“I think this year, we need to push a bit more. We would like to fight until the end for the championship.

“I know that is not going to be easy, because our competitors are not sleeping, but we are committed to do our best.”

The car will make its competitive debut on the opening day of the pre-season test on Monday.