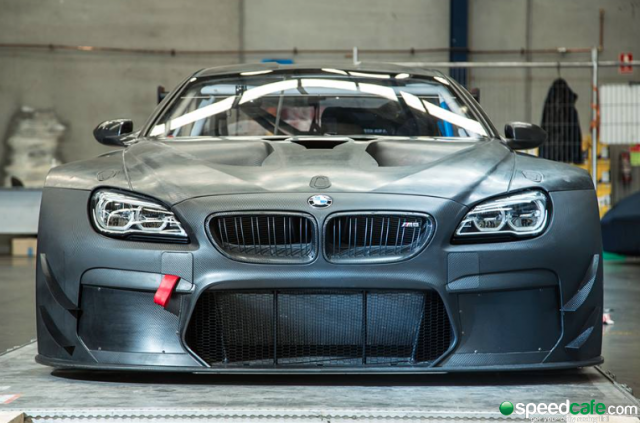 BMW Team SRM has confirmed it will compete in every round of this year’s Australian GT Championship, beginning at next month’s Clipsal 500 Adelaide.

However, SRM took delivery of its first car earlier this week and will now field it in the season opener on the streets of Adelaide from March 3-6.

The change in plan is the result of series owner Tony Quinn giving up his order from BMW’s first batch of 20 M6 GT3s and instead opting to race a new Aston Martin.

Richards is set to be joined for the season by co-driver Max Twigg, who moves to the team after a single season in the AGTC with Erebus Motorsport.

Twigg is a long-time friend of fellow businessman-racer Dean Grant, who despite owning BMW Team SRM’s car has elected against getting behind the wheel in the program’s first year.

Four-time Bathurst 1000 winner Richards will shake the car down at Winton on Monday at the V8 Supercars test before Twigg takes to the wheel the following day.

“I think we all got pretty excited when we found out we were allocated a car for January, and that moved the goal posts for us,” said Steve Richards.

“It gave us the opportunity to work towards a full program for 2016, and it was an opportunity we didn’t want to miss. So we all put our heads together and made it happen.

“The extra races will be hugely beneficial when it comes to learning the idiosyncrasies of the new car, as well as how to best utilise the fantastic technical support we will have from Germany.

“The earlier we sink our teeth into the program, the better off we’ll be when it comes to those endurance races later in the year.”

BMW has also confirmed Richards’ machine will run the #100 to mark the company’s centenary this year.

“The arrival of the new M6 GT3 is a very big part of the centennial celebrations, and we have been able to confirm the number of the car with the Australian GT Championship organisers,” said Marc Werner, CEO of BMW Group Australia.

“I am proud to announce that the official number designation of the BMW Team SRM M6 GT3 will be vehicle number 100.

“We believe this is a perfect fit for BMW, emphasising our performance heritage and the motorsport DNA that is inherent in our brand.”

Previous Story Coulthard 'under no illusions' amid building phase