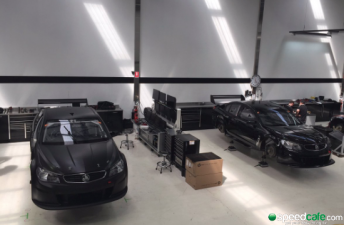 Erebus Motorsport has delayed its pre-season test at Winton until Thursday.

The Melbourne operation, which has switched from Mercedes to Holden V8 Supercars in the off-season, was due to debut its two ex-Walkinshaw Commodores at the circuit alongside the Victorian based teams on Monday.

However, the team only took delivery of its chassis for Aaren Russell yesterday which has prompted the reschedule.

It is understood the team has elected to move its test day to enable more time to prepare Russell’s car.

In addition, Erebus believe that a clearer track will offer a better chance to learn its new Commodore chassis which will be driven by Russell and David Reynolds.

“Primarily the delivery time of the cars and the fact the track will be a lot clearer given that Monday is quite heavily subscribed (are the reasons),” said a team spokesman.

“The additional three days gives us more time to prepare.”

The squad is now expected to unveil its liveries for the new season at the Thursday test.