Whincup on top at midday break in QR test

Whincup on top at midday break in QR test 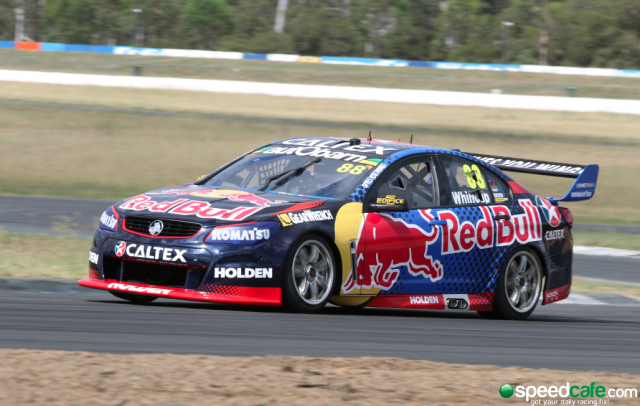 The Ipswich track has welcomed Queensland based teams Triple Eight, Tekno Autosports and DJR Team Penske for the test day ahead of the season opening Clipsal 500.

Whincup was left encouraged by the work carried out by his team this morning stating they have made plenty of progress as they step up their preparations for the new season.

“The car feels the same as it did last year,” Whincup told Speedcafe.com.

“It is just a matter of getting my eye in and so far so good.

“It is a bit different this year as we have got green test tyres (five sets to use over the season’s three test days) which is a good thing.

“When we had test tyres that you can use in a race means you never test on them.

“I threw the test tyres on early. I wouldn’t write home about the times but the car is there or thereabouts and we’re just running through our program.”

Scott Pye was third in the #17 DJRTP Ford having shared the driving with newly confirmed co-driver Tony D’Alberto.

Craig Lowndes endured a trouble free morning as he cut his first laps since breaking his collarbone in a motorcycle accident last month.

Lowndes clocked a best time of 1:11.2774s which was almost second slower than Fabian Coulthard in fourth.

Will Davison chalked up his first laps in the Tekno Autosports Holden, posting a best time of 1:11.985s.

Davison’s co-driver Jonathon Webb and Whincup’s enduro partner Paul Dumbrell are both at the track today, but neither are scheduled to turn laps.