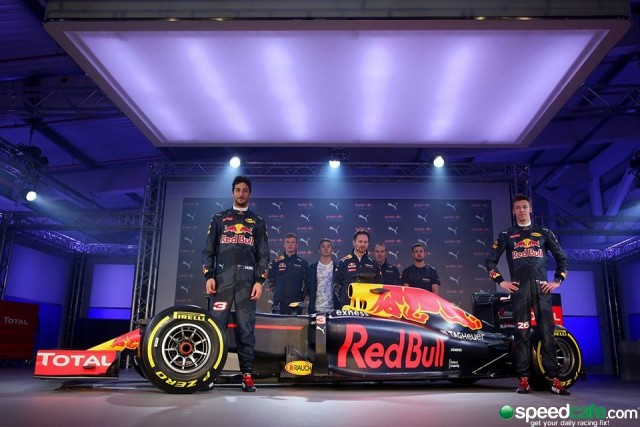 Red Bull has taken the wraps off its fresh livery for the 2016 Formula 1 season.

The livery was displayed on its 2015 chassis with Red Bull’s new RB12 set to emerge for the first time at next week’s pre-season test at Barcelona.

Following the loss of title sponsor Infinti, Red Bull has increased its branding on the car taking over the space on the sidepods.

Watch brand Tag Heuer also features on the car after securing the naming rights to the team’s rebadged Renault engines.

“We decided that with a clean sheet of paper to go with something a bit more innovative, aggressive, that will stand out in the crowd and stand out in a few more drivers’ mirrors,” said team boss Christian Horner.

“It looks right and things that tend to look right, go right.”

Daniel Ricciardo and Daniil Kyat are expected to run the livery at next week’s test. 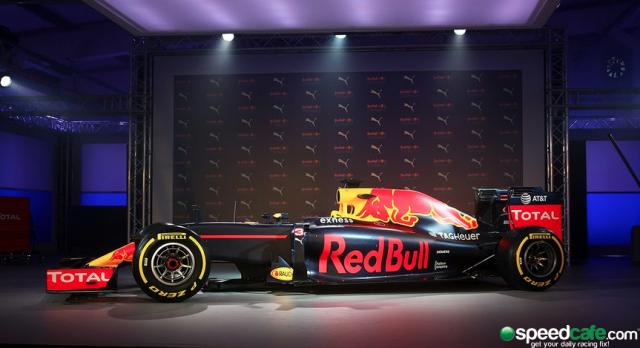