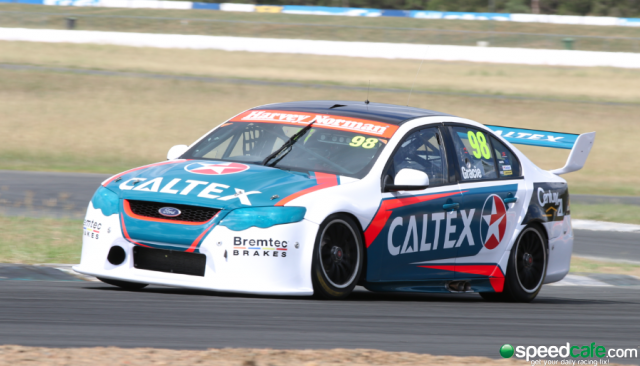 Renee Gracie has taken the wraps off the Team Caltex Ford she will campaign in this year’s Dunlop Series at today’s Ipswich V8 Supercars test.

The 21-year-old is preparing for her second season in the Dunlop Series, driving for Paul Morris Motorsport.

She joins new team-mate Anton De Pasquale, who is having his second test in three days following an earlier hit-out on Tuesday.

Matt Stone Racing duo Todd Hazelwood and Adam Marjoram are also back on track testing ahead of the March 3-6 season opener in Adelaide.

DJRTP’s entries are running a combined Hogs Breath and Shell livery today, while Will Davison’s Tekno Holden is plain black ahead of a pre-Clipsal 500 sponsor launch. 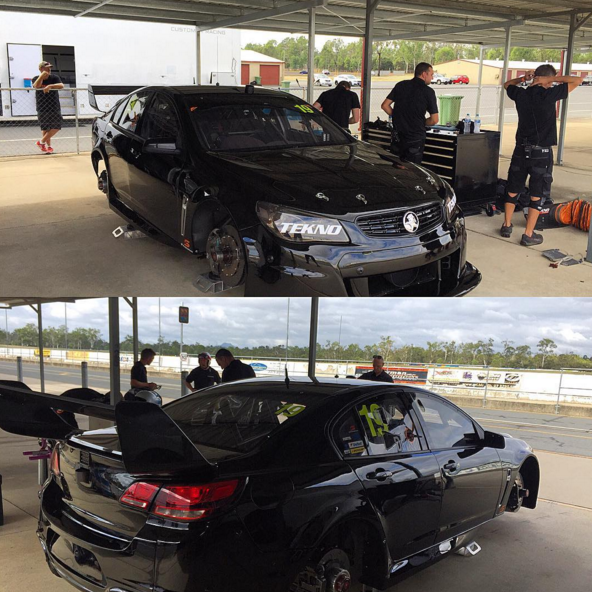 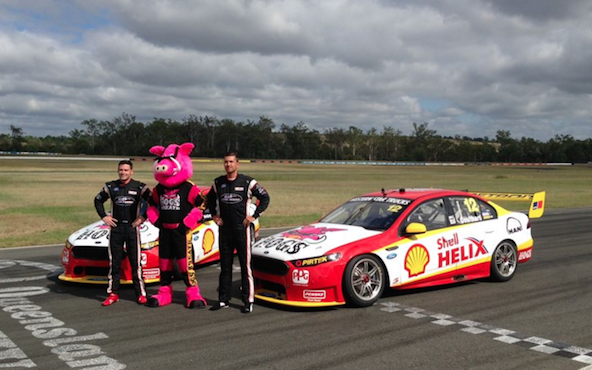 The DJRTP Fords during a pre-test photo shoot