Todd Kelly will continue with a largely unchanged Carsales livery on his #7 Nissan Altima this season.

Nissan Motorsport has released an image of Kelly’s 2016 season car today ahead of Monday’s pre-season test at Winton Motor Raceway.

“I’m excited to get back into the Carsales Racing Nissan Altima; it still looks awesome,” said Kelly.

“This is the first time we’ve ever had the opportunity to start a season in carsales colours, so to be able to complete a full season with them is great.

“We’ve avoided any dramas in the off-season and as a result this is the most prepared we’ve been in the whole time we’ve been operating as Kelly Racing and now Nissan Motorsport.

“We’ve certainly got the team behind us to do it and everyone here at Nissan Motorsport has a really good feeling heading into the season.”

A full sponsor and livery launch for Rick Kelly, whose car is without Jack Daniel’s this year, is not expected until after Monday’s test. 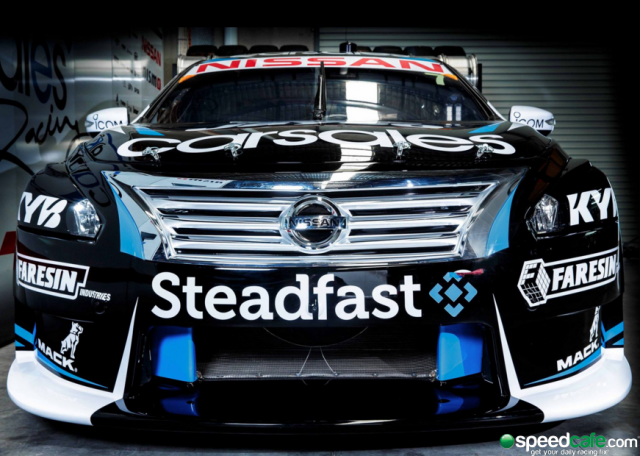 Nissan’s four Altimas will hit the track on Monday