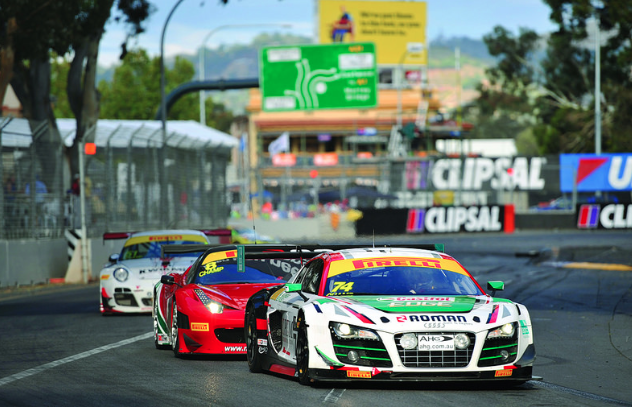 The Australian GT Championship has confirmed a 28 car field for the opening round of the season at the Clipsal 500 next month.

Seven manufacturers will be represented on the grid courtesy of 26 championship class cars and two invitational entries for the Adelaide event from March 3-6.

Maranello Motorsport will field a Ferrari 458 for Tony D’Alberto and Grant Denyer with the Melbourne operation set to debut its new 488 GT3 at the Australian Grand Prix meeting.

Meanwhile, Mark Griffith will jump behind the wheel of a Erebus Motorsport prepared AMG GT3.

WALTEC Motorsport has a Porsche GT3-R entered for John Martin and Aaron Tebb, while Andrew Macpherson will steer the AMAC Racing GT3-R.

Walkinshaw Racing is due to debut their 2016 specification Porsche GT3-R at Barbagallo Raceway in May.

Tony Walls’ Objective Racing McLaren 650S will be on the grid with Tony Quinn and Klark Quinn sharing a sister 650S.

Tony Quinn will pilot a brand new Aston Martin Vantage GT3 for the rest of the season from the Australian Grand Prix meeting onwards.

Andrew Taplin and Dean Canto will share the Taplin Motorsport entered R-EX while Roger Lago will take the controls of his own Lago Racing R-EX.

In the Invitational class, Keith Wong will race a Porsche GT3 Cup MY11, while Brenton Griguol will compete in the Bank SA Ferrari F430 GT3.

A full entry list is expected to be revealed next week.