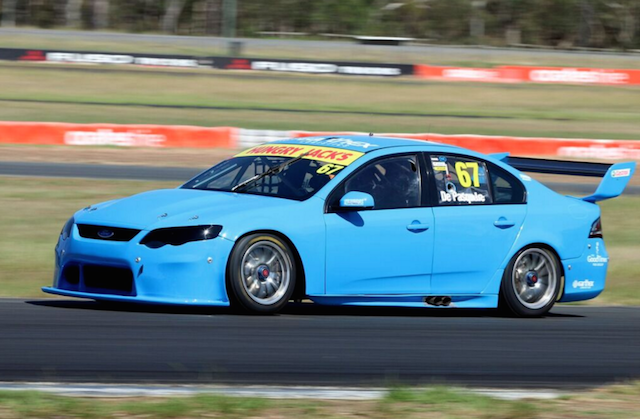 Team owner Paul Morris and Brad Jones Racing’s Tim Slade were both on hand to assist the 20-year-old during the day, which followed a brief run in the car before Christmas.

Slade’s assistance came at the request of Morris, who played a key role in the early stages of the South Australian’s own V8 Supercars career last decade.

De Pasquale replaces Morris behind the wheel of the #67 Ford this season following the 2014 Bathurst winner’s decision to step back from driving in the series.

“Between Tim and Paul there’s a lot of information to draw from, which is invaluable to fast-track my progress in these cars,” De Pasquale told Speedcafe.com.

“It’s the complete opposite sort of car to drive from where I’ve come from, so I’m changing pretty much everything I know and what I’ve learnt over the last few years.

“But I’m enjoying it a lot. It’s good to have that much horsepower under your foot when you’re driving a race car.” 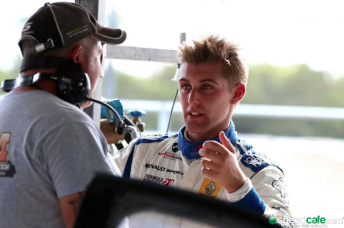 Slade has kept an eye on De Pasquale since his title winning 2013 Formula Ford season with Sonic Motor Racing Services.

“I’m pretty close with Mick and Maria Ritter at Sonic and keep track of who is there year to year,” Slade told Speedcafe.com.

“Being talented like he is, he seems to have gotten his head around the car pretty well already.

“Obviously learning the tracks and what they’re like in one of these cars is going to be hard for him this year, but the car is pretty reasonable being ex-Triple Eight.

“I think he’s got a bit of talent and as long as they get the right opportunities he’ll have a decent future.”

De Pasquale will be back on track at Queensland Raceway tomorrow, completing his final test before the March 3-6 season opener in Adelaide.

Where he’ll be in the field at the Clipsal 500 remains a major unknown, particularly given uncertainty surrounding how competitive the previous generation cars will be against the newer Car of the Future machinery.

“I don’t have any set goals other than to do the best we can and make progress,” he said ahead of his first appearance in any category at the Clipsal 500.

“Hopefully we can be in the top 10 and challenging some of the faster guys early on. But if not there’s a whole year to get to that stage.”

As well as adjusting to the car, De Pasquale says this week’s testing is also providing experience of the sort of cabin conditions he expects to face in Adelaide.

“It was 38 degrees out there yesterday and I had no cool suits or air vents or anything, so I was just sweating it out,” he said.

“In open-wheelers we’ve always got air going through the helmet and it’s almost quite cool when you’re driving.

“This is boiling inside which was a bit of a shock. I was sweating and hot, but it’s all good preparation for Clipsal.” 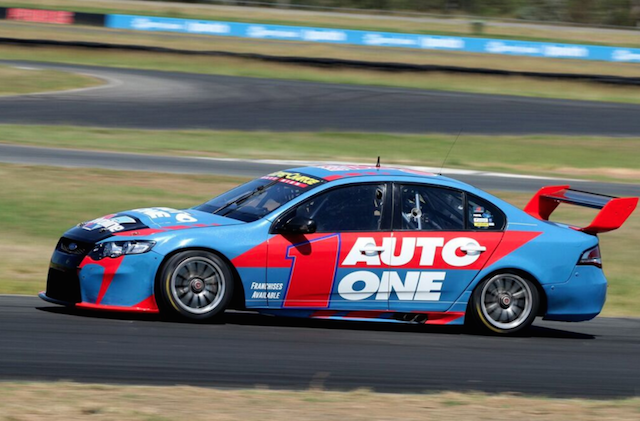