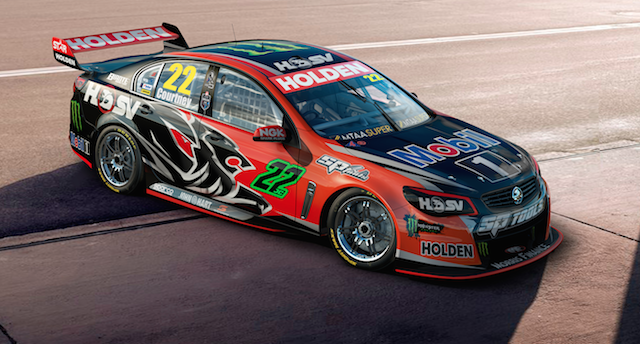 The HRT has released renders of its latest look

The Holden Racing Team has revealed a revised livery and sponsor line-up ahead of the squad’s first track action of the season today at Calder Park.

James Courtney will shake down the factory Holden operation’s latest chassis at the Melbourne venue this morning ahead of Monday’s Winton test.

The team will share the track with Nissan Motorsport, which will have its new driver Dale Wood running in Rick Kelly’s latest Nissan Altima.

Renderings of the new HRT livery released this morning show a reshuffle of the team’s major sponsors, with SP Tools significantly downsizing its involvement.

The company was the primary brand on the side of the cars for the last two seasons after six years as a major sponsor at Stone Brothers/Erebus Motorsport.

Walkinshaw’s own Holden Special Vehicles firm has now taken over the rear-three-quarter of the cars, as well as absorbing the headlight position from long-time partner NGK.

Courtney sat fifth in the standings last season before a freak mid-year accident ruled him out of three events and is again bullish about the team’s prospects.

“I’ve been criticised for making rash claims, saying we intend to win races, but if you don’t have the intention to win then you’re in racing for the wrong reasons,” Courtney.

“Our goals are always to better ourselves as a team and overcome our flaws, and that’s what brings results.”

Tander ended up sixth last year, four places ahead of Courtney, despite going winless in a season that saw him struggle for qualifying pace.

“I’m extremely optimistic about the year ahead,” said Tander.

“We ended 2015 with a lot of strengths – our race pace, strategy and tyre life were very good, but we were also well aware of our weaknesses.

“The focus during the break has been on making improvements in certain areas – in our qualifying speed and our set-up for flowing circuits.

“We’ll test those areas next week and then look to begin the year on a strong note at the Clipsal 500, then carry that through the season.”

This year marks the sixth for the Tander/Courtney combination at the HRT, which began when the latter defected from Dick Johnson Racing as the reigning champion in 2011.

“Some people in the paddock were wishing we were going to be V8’s version of Senna and Prost, but it’s been nothing like that,” Courtney reflected.

“Sure, we’ve had a couple of scraps, that happens when you’re competitive people racing hard at the front of a pack, but we like working together.”

The HRT has also confirmed today that co-drivers Jack Perkins and Warren Luff will return to the team to partner Courtney and Tander respectively in the Pirtek Enduro Cup.

Perkins won the Castrol Gold Coast 600 alongside Courtney last year, while Luff took out the Enduro Cup crown alongside Tander.

Perkins was thrust into the primary driver role at Sandown and Bathurst due to Courtney’s injury and, although performing strongly, is looking forward to chasing more wins as a co-driver.

“It goes without saying that I am pumped to be back with the Holden Racing Team and back driving with James in the Enduro Cup,” said Perkins.

“Hopefully I’ll actually get to do all the races with him this year.

“Last year, in the two races we did do together we finished fifth and first, so I’m look forward to building on those great results.” 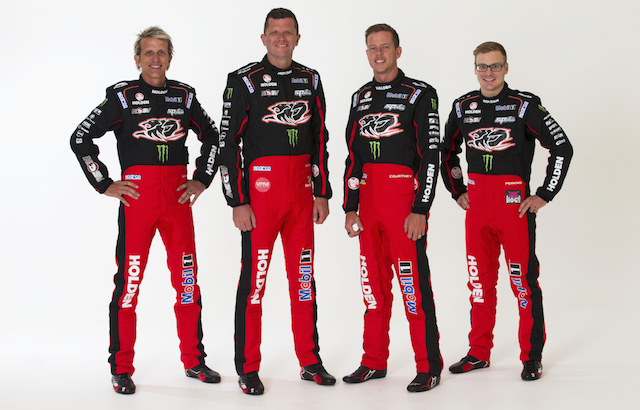 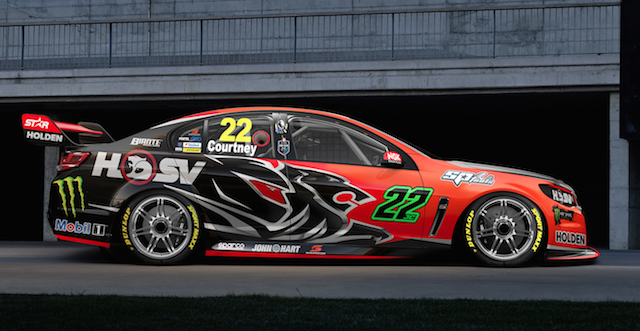 Monster continues with the team for a second year