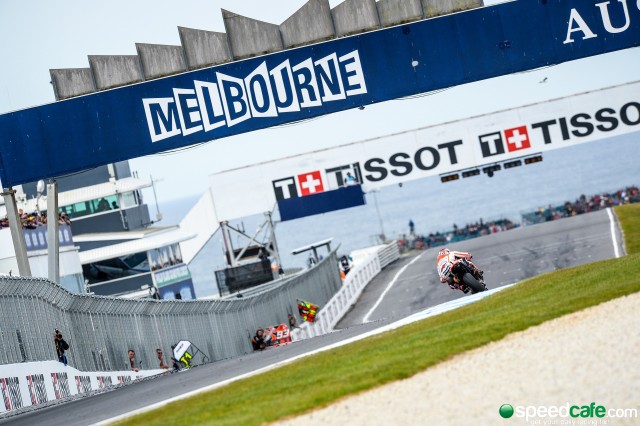 The Australian MotoGP has secured a naming rights deal with Michelin

Michelin has been confirmed as the title sponsor of the Australian Motorcycle Grand Prix at Phillip Island.

The move sees the French tyre manufacturer increase its ties with MotoGP having taken over from Bridgestone as the official tyre supplier for the category this season.

Michelin will assume the naming rights for the Australian round of the MotoGP world championship from Italian generator producer Pramac following the completion of its one-year contact with the event.

The Australian Motorcycle Grand Prix will take place from October 21-23.

“To come as the title sponsor of a Grand Prix as iconic as the Australian GP demonstrates the true dedication that Michelin have to the FIM MotoGP World Championship,” said Dorna Sports Commercial Managing Director Pau Serracanta.

“We have had great races around Phillip Island for almost three decades and thanks to Michelin tyres this looks set to continue.

“Tyres are one of the most critical parts of a motorcycle and we are pleased to help Michelin develop their tyres for the road with the research and data they gather via MotoGP.”

The MotoGP paddock will descend on Phillip Island tomorrow for the start of a three-day pre-season test at the venue.