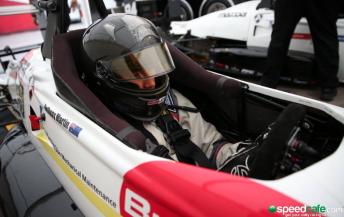 Australian open-wheel driver Anthony Martin has struck a deal to remain in America’s USF2000 series for a second season.

The Perth native has switched from John Cummiskey Racing to Cape Motorsports with Wayne Taylor Racing for the new year.

The 21-year-old is the second Australian to join the series following the announcement that CAMS Jayco Australian Formula 4 champion Jordan Lloyd will link with Pabst Racing.

“It is going to be a very strong field of drivers this year and I am very proud to again be a part of it,” said Martin. 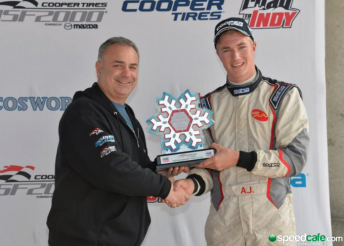 “To be able to race for a very competitive and professional race team like Cape Motorsports is an honour and to be back in America to fight for the 2016 Championship is something I am very much looking forward to.

“The 2015 season was a great learning year for me in the USF2000 Championship and to finish fourth in the series and win Rookie of the Year, I couldn’t have asked for a better introduction to the American racing scene.”

Martin will head to Barber Motorsports Park for the pre-season test from March 6-7 ahead of the opening round of the championship at St Petersburg from March 11-13.

Next Story Randle to link with British Formula 4 team