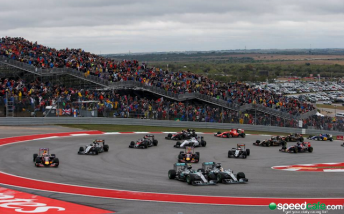 The three-day test at the Catalunya circuit in Spain from February 22 will provide the first public showing of F1’s newest squad Haas F1 along with revised aero designs.

Ferrari showed flashes of form in 2015 with Sebastian Vettel winning at Malaysia, Hungary and Singapore when the Mercedes’ were inexplicably off the pace all weekend at the south-east Asian street venue.

The Red Bull’s of Daniel Ricciardo and Daniil Kvyat have remained with Renault power for 2016 with the team deciding to rebadge the power units under the Tag Heuer name following their protracted engine supply issues.

Williams managed to cling to third behind Mercedes and Ferrari in the Constructors’ standings last year with the former champion squad failing to close the gap on the Italian marque.

After a horrid season McLaren is confident of working its way back up the grid with big changes to its hybrid system which saw the Honda fail to make any inroads after its first year back in grand prix racing after a long separation from the Woking squad.

Honda’s return to McLaren for the first time since 1992 saw the team slump to ninth in the Constructor’s standings, its lowest ebb since 1980.

Renault has returned to outright team ownership after buying out the remnants of the Lotus team.

It has been responsible for bringing McLaren cast-off Kevin Magnussen back into F1 alongside the promoted reserve driver from last year, Jolyon Palmer.

The French maker faces a huge task of rebuilding with key team people admitting it is starting their new era of grand prix racing flat-footed.

The US-based Haas F1 is facing a season of discovery with its Ferrari-powered machines that will be driven by Romain Grosjean and Esteban Gutierrez.

There were some impressive signs from the Mercedes-powered machines of Sergio Perez and Nico Hulkenberg toward the end of last season.

At the time of posting, all drivers had been locked away with the exception of the second Manor seat beside the recently announced Pascal Wehrlein.

This week’s poll asks: Who will win the 2016 F1 World Championship?