Lowndes: Injury recovery is on target

Lowndes: Injury recovery is on target 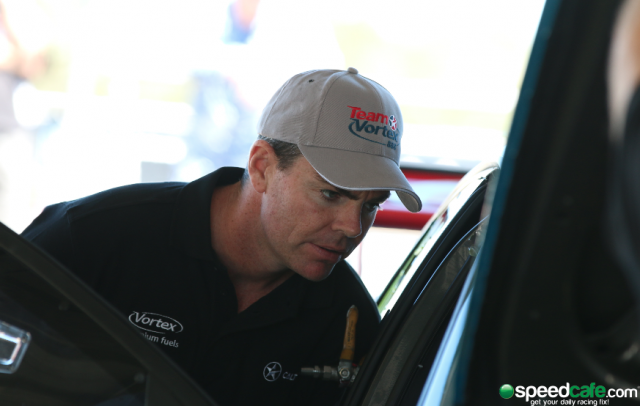 Craig Lowndes says his recovery from a broken collarbone is on track despite sitting out today’s shakedown at Queensland Raceway.

The three-time V8 Supercars champion sustained the injury in a motorcycle accident last month which forced him out of the Liqui-Moly Bathurst 12 Hour.

Although happy to take part in today’s shakedown, Triple Eight has elected at the last minute to rest Lowndes following medical advice which sees Jamie Whincup deputising in the #888 TeamVortex Holden.

Lowndes will however watch from the sidelines as the Brisbane squad readies its cars for Thursday’s pre-season test which will see him cut his first laps in a V8 Supercar since the incident.

“The injury is fine, no problem. It is only a shakedown (and) Jamie (Whincup) was happy to do it so I am just getting ready for Thursday now,” Lowndes told Speedcafe.com.

“I’m back into training. I have been doing some swimming, it is all getting better and stronger and I can move it (shoulder) so it is all good. 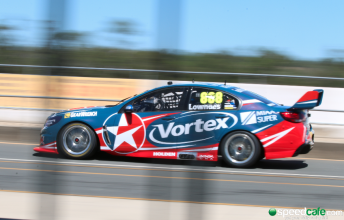 Jamie Whincup is behind the wheel of the #888 TeamVortex Commodore. pic Matthew Paul

“I’m happy with how (the recovery) is going and I’m looking forward to Clipsal. It is really important to start the season off well.

“It (the shakedown) is important, but Thursday is the test day. Today is just to make sure that mechanically the cars are ok and it is good to have both cars out running.”

Team manager Mark Dutton felt there was no need to risk Lowndes for the shakedown confirming that it was team decision to put Whincup in the car.

“His recovery is going great (and) he has been in the workshop quite a bit,” Dutton told Speedcafe.com.

“It was the team’s decision. There is no need to rush him back for this one (as) it is not super critical.

“He is champing at the bit to get out but it was our decision to not to let him do it.”

Dutton meanwhile admitted that today’s shakedown is important for the team to be ready for Thursday’s test following the vibration issues it encountered when it shook down Whincup’s latest chassis in a test prior to the Sandown 500.

“After last year’s shakedown when we had all the vibrations it has become more of a nervous time to make sure things are right,” added Dutton.

“We have booked the whole day here today and if things go smoothly we should be out by 11am but you have to prepare for the worst.

“We are just being extra sure to cover all bases.”

The team’s new recruit Shane Van Gisbergen is joining Whincup on track at today’s shakedown with the Kiwi cutting his first laps with the team since his move from Tekno Autosports.