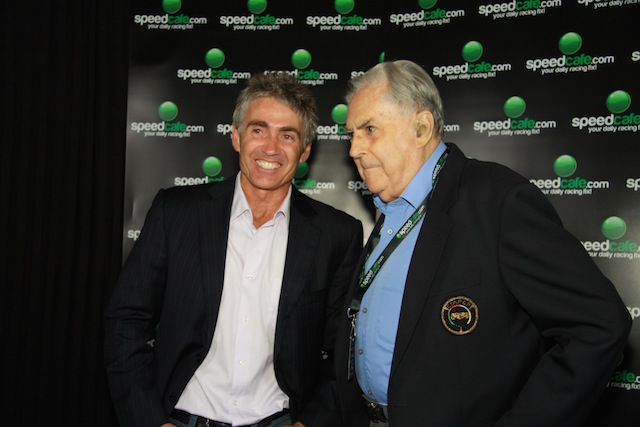 The black tie gala event, presented by Speedcafe.com, will be held as part of the celebrations for the Formula 1 Rolex Australian Grand Prix on Saturday March 19 at the Melbourne Exhibition Centre.

Just 200 general public tickets have been issued for the event which is set to become one of the annual highlights of the Australian motor sport year.

The event will see 29 greats of Australian motorsport inducted across a wide range of disciplines including Formula 1 to Touring Cars, Motorcycle racing, Karting, Speedway, Rally and Drag racing.

All but one of the living inductees, who have been sworn to confidentiality, will personally accept their Hall of Fame medals, according to event chairman, Garry Connelly.

“The response from the nominated inductees has been overwhelming and has justified all the hard work and investment that has gone into creating such an event and legacy,” said Connelly.

“I think the fans attending the night will experience one of the real special events in Australian motorsport history.

“We have never had had this many legends of the broader sport in the one room at the one time before and I doubt it will ever happen again, because this is the inaugural event with the greatest of the greats being honoured.”

Several high-profile international guests are also expected to be in attendance at the inaugural induction dinner, which will be a part of the celebrations in the lead-up to the opening race of the 2016 Formula 1 season.

CLICK HERE for details on how to book tickets, valued at $295 each.

The inductees from the Australian Motor Sport Hall of Fame Inaugural Induction Dinner, presented by Speedcafe.com will be released live on the Hall of Fame website.