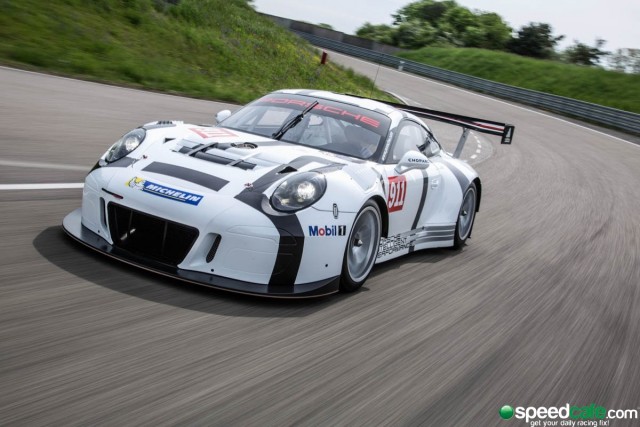 Walkinshaw Racing is set to debut its Australian GT program at the Perth sprint series round in May.

The Melbourne operation is the latest V8 Supercars outfit to commit to the booming Australian GT Championship after announcing an alliance with Porsche to field a GT3 R in both the sprint and endurance championships.

Although yet to confirm its driver line up, Speedcafe.com understands that sportscar ace John Martin and Brisbane-based Blancpain GT Series driver Liam Talbot will pilot the entry, which will debut at Barbagallo Raceway from May 6-8.

Walkinshaw Racing will miss the opening two rounds of the sprint series at the Clipsal 500 and the Australian Grand Prix while it awaits delivery of its GT3 R.

Housed in a separate building to its HRT, the GT program will utilise its existing resources having downsized from running four V8 Supercars cars to two in the off-season.

“It (GT racing) is something we have looked at for a while and it is something that Walkinshaw has a long a proud history of competing in,” Burgess told Speedcafe.com.

“It was a logical time to do it now with the introduction of new cars. It was something we would only ever do in the right circumstances and to be able join forces and represent Porsche in Australia was key to entering at this point.

“We are not going to do this just to make the numbers up. We want to go there and win and that is why we aligned ourselves with a brand like Porsche.

“We knew from very early days that we wouldn’t be taking part in the first two events so we are more than likely bring the car out from Perth onwards.

“It is a small program. There is only one person who is full-time employed and the rest of it is using the good people I have still got that I don’t have room for on the V8 team.

“It is something we are looking forward to but we have got to stress that HRT and V8s is our priority and that is where our focus will be.”

Walkinshaw Racing has already discussed the possibility of entering GT3 races overseas, such as the Sepang 12 Hours, but is keen to bed down its Australian GT program before committing to other events.

The team does however intend to enter the Liqui-Moly Bathurst 12 Hour next February.

“It (overseas races) has been discussed between ourselves and Porsche and between some of the drivers we will unveil at the right time,” Burgess added.

“We don’t need to create a 16 race program around the world on day one.

“We would love to compete outside Australia and New Zealand but it has got to be the right time and doesn’t impact on what we are doing in V8s as that is our prime focus.

“The first thing is to lock down the Australian GT program and then we will look at the next thing on the calendar, but the Bathurst 12 Hour is a target for the team and a desire for us and the drivers we are talking too.

“I’m 99 percent sure it will be something we will do.”

Next Story Whincup subs for Lowndes at shakedown