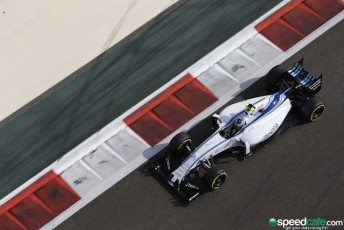 Decorated Formula 1 outfit Williams is using its engineering and aerodynamic expertise to lead the way in golf club design.

Williams, which has claimed nine constructors’ titles and seven world driver’s championships since 1980, is at the forefront of the evolution of golf club technology.

The team, based in rural Oxfordshire in the United Kingdom, says it is bringing more to golf than motor racing technology.

Stepping up its diversification into golf club design which began several years ago, chief executive of Williams’ golf division, Ricardo Gali, said the company is bringing innovation to the sport.

“Seeing how Ping, Callaway and TaylorMade have stopped talking about centre of gravity and club neck adjustment to speak only about aerodynamics which is a field we opened a few years ago, it’s somehow flattering recognition,” Gali said.

“It is amazing they (noted golf club manufacturers) emphasise about their innovation and their research in aerodynamics which is good, but by no means can compare to the knowledge we’ve been accumulating for over 30 years in that specific field and for a much more complex structure that is a Formula 1 racing car.

“So, what do we bring to golf? We’re bringing leadership in innovation.

“We will be offering an extensive line of equipment and accessories to dazzle the most enthusiastic golfers around the world. “The entire product line will feature benefits and attributes that will be directly related to the design and performance that has made Williams F1 one of the most successful teams in Formula 1.”

Williams says it is using the same engineering principles in its F1 cars to push the boundaries of performance and materials to create ground-breaking products in the golfing world.

“I mean, since four years we’ve been claiming aerodynamics as the Holy Grail, we were those strange Formula 1 fellows who people took as lovely fools who obviously had no idea about the golf market,” Gali said.

“The fact that four years later – and I emphasise in this time frame – during this show (the recent PGA Merchandise Show Orlando), the three largest golf companies are now following aerodynamics meekly and at the same time claiming it is their discovery, it’s just very amusing.

“Obviously the trade is no fool and they’re turning their heads towards us.”