Paddon in contention in Sweden

Paddon in contention in Sweden 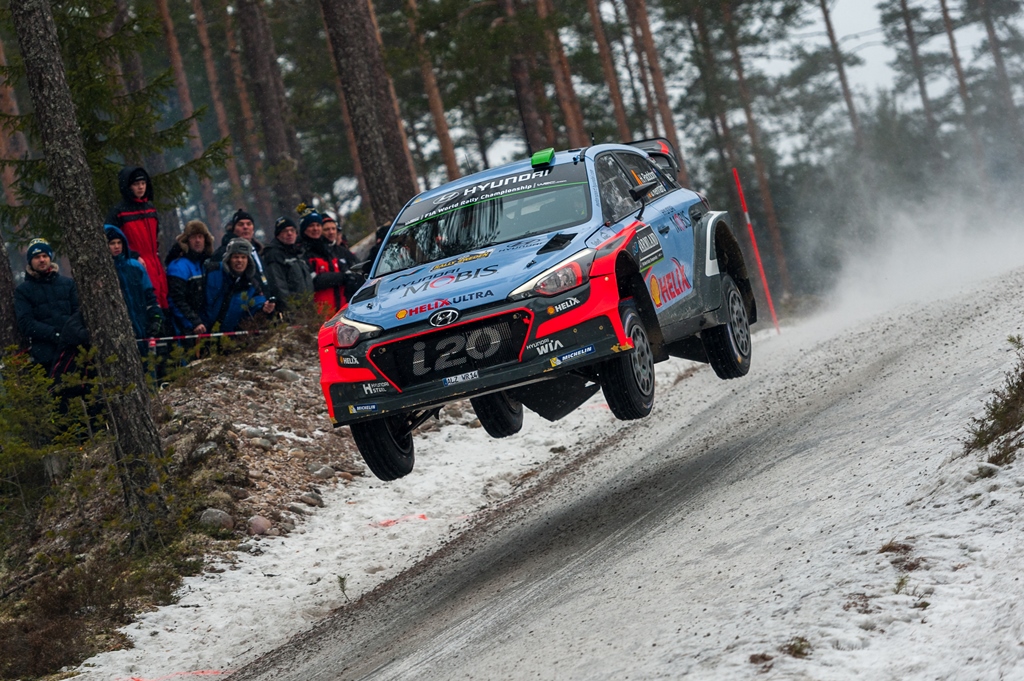 After fears of the rally being cancelled due to warm conditions early in the week, the event got underway in typical snowy conditions.

Despite two incidents, Ogier leads Paddon on his debut in 2016-spec Hyundai i20 by 26.9-sec, with Mads Ostberg’s Ford Fiesta RS in third.

Paddon took advantage of the new i20 and his road position to climb from sixth to second, including two fastest stage times to end the day.

“To be in second was much more than we were expecting, especially after this morning,” said Paddon.

“Okay, we had an advantage this afternoon (running ninth on the road) which was a disadvantage this morning when there was no snow. To come up to second, to be in a good close fight with four or five of us to be on the podium tomorrow is a nice position to be in. But it’s going to be a big fight, very close, we have to try and find some improvements overnight, try and get a bit more comfortable in the car.”

The Frenchman won all three morning stages near the border between Sweden and Norway, before heavy snow in the afternoon left him at a disadvantage as road opener, creating a clean line for the benefit of later starters.

As well as an overshoot after lunch, Ogier was fortunate to escape a more serious incident this morning when he hit a tree and bent a steering arm, which he and co-driver Julien Ingrassia replaced.

“There was a big, big water splash which I didn’t have in my pace notes,” said Ogier.

“The organisers warned us about a bump but I couldn’t turn after it and went into the trees. I got a bit lucky. I had to push hard in the snow because I knew I would lose time.”

Kris Meeke was sitting second, but he hit a stone buried in the road and the impact sent his DS 3 into retirement. Thierry Neuville limped through much of the day in two-wheel drive after breaking his i20’s rear differential. While a broken front left driveshaft put Jari-Matti Latvala in a similar predicament. His Polo R eventually stopped in the final stage.