Vickers to replace Stewart at Daytona 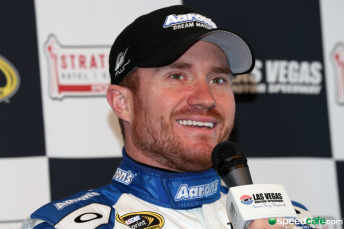 Brian Vickers is set to substitute for the injured Tony Stewart in NASCAR’s season opening Daytona 500.

The Associated Press has revealed the plan ahead of a scheduled press conference on Friday.

Stewart has been sidelined for an indefinite period following an all-terrain vehicle accident on January 31 that left him with a fractured vertebra.

Vickers is a three-time Sprint Cup race winner, but has run limited races over the last three years after being diagnosed with blood clots.

The 32-year-old appeared just twice with Michael Waltrip Racing last year before a recurrence of the blood clots saw him return to the sidelines.

Vickers will need a final medical clearance from NASCAR before taking to the famous speedway, which will host the Daytona 500 on February 21.