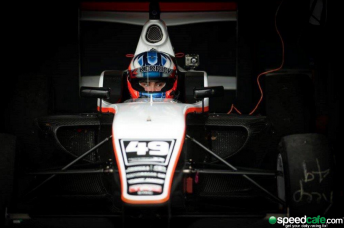 Thomas Randle will return to the TRS for the NZGP

Australian teenager Thomas Randle is set to make a one-off return to the Toyota Racing Series for this weekend’s New Zealand Grand Prix at Manfeild.

The 19-year-old ran the full TRS season last year in order to aid his transition from Formula Ford to Formula 4 in Australia.

Randle returns with a fourth Victory Motor Racing prepared entry and is keen to again test himself against the category’s host of international young guns.

He will be the only Australian to have contested a round of this year’s TRS, which is currently being led by Brit Lando Norris.

No Australian has won the prestigious NZ GP since the Tasman Series ended in 1975.

“There is one spare TRS car available and I will become the 20th entry for this weekend’s New Zealand Grand Prix, which is really exciting,” confirmed Randle.

“I loved the Manfeild circuit last year and know that while I am four weeks behind the other 19 drivers in recent on-track time I also feel that I am a more developed driver than I was this time last year.

“So many of the TRS runners contest the European FIA Formula 3 Championship so this will be a great benchmarking exercise for me as I look to formalise our 2016 racing plans.

“We’ve rallied around and found some support from Australia and New Zealand to do the event and am really thankful to those who are helping make this happen, and hope to be competitively positioned come qualifying on Saturday.

“Last year I raced with some of the world’s best young open wheel drivers, learnt heaps and loved every minute of it and I am sure this year’s competition will be ultra-competitive.

“The New Zealand Grand Prix is a very prestigious event and I would love to be able to challenge for the win this weekend.”

Randle recently tested with FIA European F3 squad T-Sport in Valencia, Spain, and continues to work on securing a drive in the cut-throat European open-wheel scene for this season.