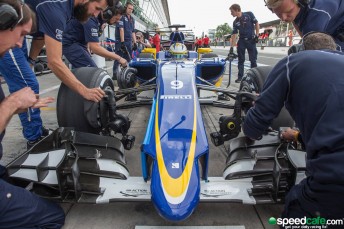 Sauber is the latest Formula 1 team to successfully complete the mandatory FIA crash tests with its 2016 challenger.

The Swiss team has confirmed that is new C35 is on course to begin pre-season testing next month.

Sauber is not expected to debut its C35 until the final pre-season test at Barcelona held from March 1-4.

The operation will however run a modified 2015 C34 model at the first Barcelona test from February 22-25.