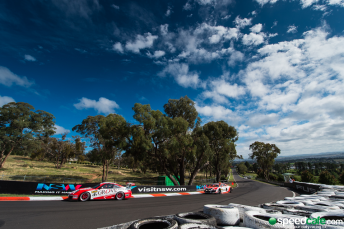 The growth of the Bathurst 12 Hour in recent years has led to inevitable comparisons with Mount Panorama’s traditional Great Race, the Bathurst 1000.

For now, October’s 1000km touring car event remains leagues ahead of its February counterpart in all of the key metrics, including attendance and television ratings.

The touring car race’s history alone ensures that it will remain the undisputed ‘stop the nation’ event on the domestic motorsport calendar for the foreseeable future.

For motorsport fans, however, the 12 Hour has emerged as an exciting alternative to the much hyped V8 Supercars race.

Adopted by the 12 Hour in 2011, the GT3 formula provides both diversity in machinery and international involvement in spades.

Engagement from manufacturers continues to grow, with the likes of McLaren, Audi, Ferrari, Bentley, Mercedes, Nissan and Porsche among those represented both on and off the circuit.

The 12 Hour’s potential for further growth saw V8 Supercars take the shock step of buying the promotional rights to the race midway through last year.

In this week’s Pirtek Poll we want to know; Which of Bathurst’s two big enduros is your favourite?