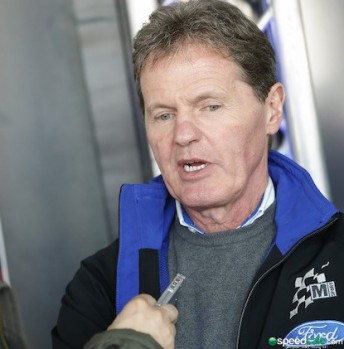 The WRC is battling for a fairer slice of the motorsport entertainment dollar particularly as the re-emergence of Rallycross continues to splay an already strained market.

Wilson says he is still trying to understand the reasons behind the WRC’s woes ahead of this weekend’s Swedish round of the championship.

M-Sport’s twin Ford Fiesta attack of Mads Ostberg and Eric Camilli are closing in on a manufacturer points-scoring landmark for the Cumbrian team.

If one of the two cars can earn manufacturer points in Sweden this weekend and at Mexico in the third round (March 3-6), it will realise the 199th and 200th consecutive points-scoring WRC events, a run that started at Monte Carlo in 2002.

The rallying stalwart, who has diversified in recent seasons into GT racing with the factory Bentley operation, offered his WRC insights as the #10 Bentley Continental GT3 of Guy Smith, Matt Bell and Steven Kane grabbed third in the Bathurst 12 Hour.

“I have to admit there’s something that just is not quite right with WRC at the minute,” Wilson told Speedcafe.com.

“I have been looking at trying to pinpoint what it is. I’ve been trying to digest all the comments.

“I think we have to accept that rallying is never going to get back to where we all thought it was.

“If you do go back a little bit further in that era when rally was really strong, manufacturers didn’t invest in other disciplines of sport.

“Ford wasn’t in football, Volvo wasn’t in ocean racing and Nissan is now involved in the Champions League.

“When rally was strong was when manufacturers weren’t sponsoring anything else outside the motor industry.

“I think that is a big reason why rallying has fallen off the radar a little bit.” 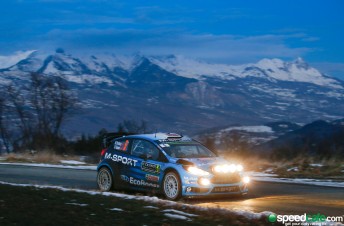 “Unless something happens to Ogier he is going to win this year’s championship (for a fourth consecutive time),” Wilson said.

“He is 1/10th second quicker a kilometre than anyone else. And Loeb was the same.

“When you think back; Tommi Makinen, Colin McRae, Carlos Sainz, Juha Kankkunen who were all fighting.

“You genuinely never knew who was going to win.

“Of course now the cars are so much more reliable. The drivers have realised the quickest way is to drive neat and tidy.”

Wilson, who will next year see M-Sport mark its 20th straight year in the WRC, remains stumped as to finding a solution to boost rallying’s global appeal.

“Is it because the manufacturers are diluting all their marketing and not throwing it 100 percent into WRC? I think that is one aspect,” he said.

“It is not everything but I don’t have the answer.

“I agree we still need to do something but it is still an incredible sport.”

Under the 2017 regulations, the WRC cars will boast increased engine power as well as more aggressive bodywork.

“I really believe that with what we are doing and what the other teams are doing they (the cars) will have an appeal.

“With the (present day) road cars you follow one and say; is it a Hyundai or a BMW? That has rubbed off because we have been restricted in the bodywork.

“If you look at all the coverage WRC gets, and you say Rallycross is popular, every magazine you pick up there will be a little bit about Rallycross but there’s always a lot more about rallying.

“If you look at Sebastien Loeb as an example, when he was in WRC every magazine you ever picked up there would be something about him.

“Sebastien Loeb in World Touring Cars, where do you see it?

“So rallying is still there but you are right, there is something missing.”