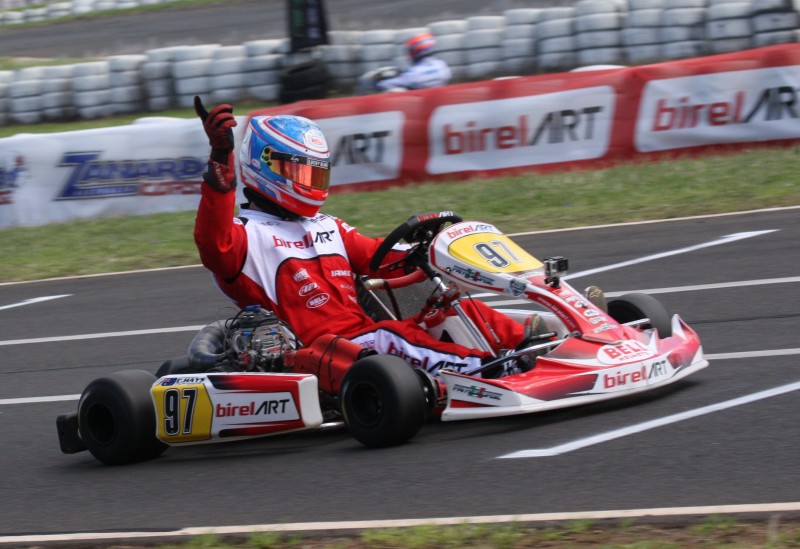 Gold Coaster Chris Hays has charged back to the top step of the Australian KZ2 Championship for the first time since 2013 in stunning circumstances at Dubbo’s Lincoln County Raceway this afternoon. 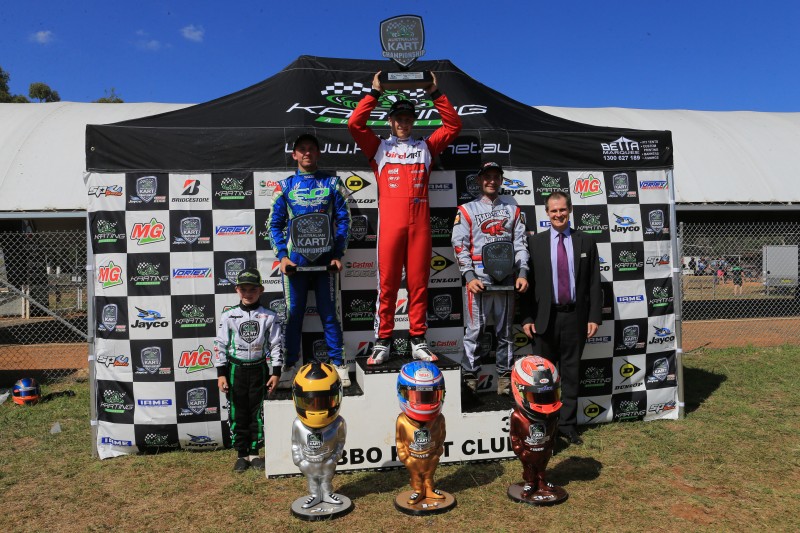 This opened the door for Hays to take the lead. Price continued in third, whilst Sera was mired in ninth place.

Hays was pushed hard by Price in the late stages but took a gallant win in jubilant scenes being embraced by Patrizi and the entire Patrizicorse team. Kiwi Champ, Ryan Grant brought his MadCroc Kart home third.

“It was one of the toughest races of my career,” said Hays. “We were working overtime during the heats just to get an understanding of the chassis and what it was doing, we arrived at a setup and it worked. It was pretty stressful to be fair, but I’m happy and I think the celebration by the team showed how much it meant.”

In other competition, V8 Utes regular, Leigh Nicolaou staged one of the most stunning drives since the inauguration of the five round Australian Kart Championship to come from 30th on the IAME X30 grid to win the race. In the drive of his career, he was lapping 0.6 seconds faster than the front runners in the final and picked everyone off in front of him to take a memorable win for the Shamick Racing team. In the elite Junior KA2 category, standout Queenslander, Harrison Hoey took his first ever win in the category for CompKart. The youngster was dominant in his three second win. Jack Winter was elevated to second after a post race penalty and debutant, Angelo Mouzouris moved to third.

The next round of the Championship will take place at Puckapunyal’s Hume International Raceway in Victoria the final weekend of March, one week after the Formula 1 Australian Grand Prix.