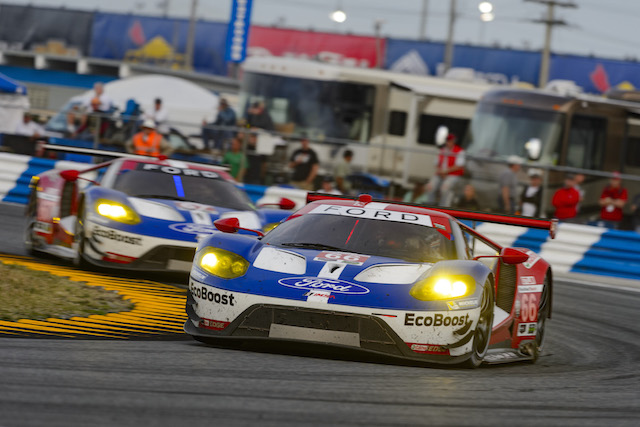 The rise is up on the 55 cars which started last year’s race which saw Porsche score a 1-2 result with its stunning 919 Hybrids.

The class split sees nine LMP1s, 22 LMP2s ahead of fresh regulations next season and 28 GTEs, spit evenly between Pro and Am.

LMP1 numbers have taken a blow this year with the demise of Nissan’s GT-R LM Nismos and both Porsche and Audi electing not to run third cars.

Stocks in GTE Pro have doubled thanks to the intake of the Chip Ganassi Racing Ford GTs, two more entries from Porsche and Corvette and a fifth Ferrari.

This year marks the 50th anniversary of Ford’s run of four straight victories at La Sarthe when Kiwis Chris Amon and Bruce McLaren led home a 1-2-3 for the blue oval.

The Ford GT arrives in time for the landmark anniversary with the machine set to fight against the established Ferrari, Corvette, Porsche and Aston Martin operations.

“I’m very happy that we can run all four Ford GTs at Le Mans,” Ganassi said.

“It will be a big challenge for us but one we are thrilled to undertake. We have prepared well and can’t wait to get the Ford GTs onto the track there and show everyone what they can do.”

Meanwhile there are 32 full-season entries which have been attracted for the eight-round World Endurance Championship, down by three on last year’s tally.