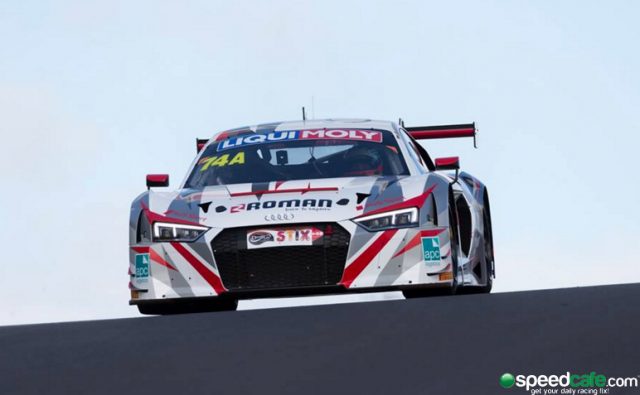 Jamec Pem continued to show the way in Practice 3

Christopher Mies set the fastest time of the day to date as Jamec Pem Racing’s #74 Audi continued to show the way in Practice 3 at the Bathurst 12 Hour.

Mies’ entry was already at the top of the order when he joined the circuit thanks to an earlier effort from co-driver Christopher Haase.

Shane van Gisbergen put in a time good enough for second, 0.43s adrift of Mies’ ultimate benchmark, before handing over to Jonathon Webb for the closing stages.

Thomas Jaeger ensured the #36 Erebus Mercedes ended up third ahead of Tim Slade in the Objective McLaren and Rene Rast in the second of the Jamec Pem Audis.

Erebus’ #63 Mercedes returned to the track early in Practice 3 after repairs to the damage caused by Maro Engel’s incident at The Cutting in the opening hit-out.

Bernd Schneider did the bulk of the running in the car, ending up ninth fastest.

After uninterrupted green running throughout the morning, the third session brought a trio of red flags.

Nick Rowe suffered an early crash at Forrest’s Elbow that required a lengthy delay to recover the #94 MARC Mazda from the tyre wall.

A second stoppage ensued when Christer Joens deposited the #9 MPC Audi into the gravel at Hell Corner a short time later, while an issue for the #93 MARC Mazda saw another interruption with just four minutes remaining.

The day’s fourth and final practice session is set to get underway at 1545 local time. 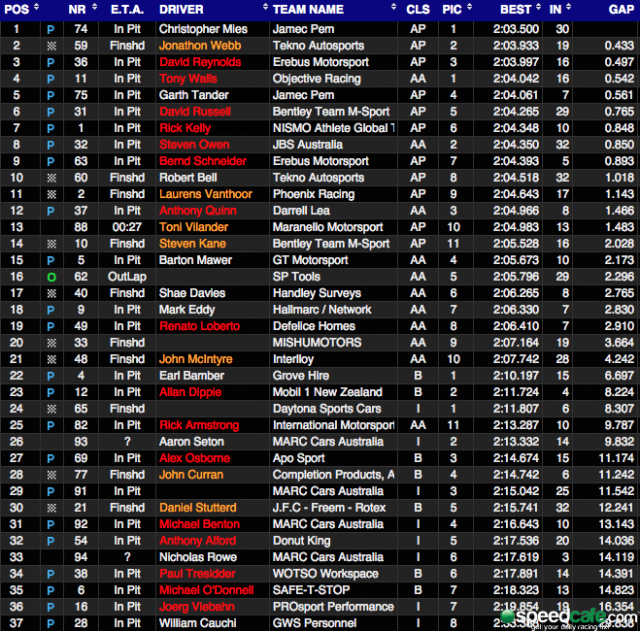 Next Story Walkinshaw to field Porsche in Australian GT