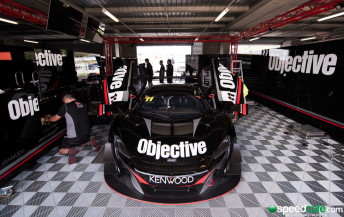 The Objective McLaren set the pace in opening practice

Warren Luff and the Objective Racing McLaren have topped a clean opening practice session for the Liqui-Moly Bathurst 12 Hours.

The first half hour hit-out of the weekend was open to unseeded drivers only, leaving the race’s stars to watch on from the garages.

Former winner Nico Bastian led the early stages aboard Erebus Motorsport’s #36 Mercedes, before a succession of quick laps from Luff demoted the German to second.

Luff left the benchmark at 2:03.78s by the time the chequered flag fell, more than two seconds quicker than the fastest lap from opening practice last year.

Just 21 cars ran a timed lap in the session, with the Nissan Nismo entry electing to wait for second practice before hitting the track.

Grant Denyer spent the full session in the Maranello Ferrari, but did not appear on the timing due to a transponder issue. 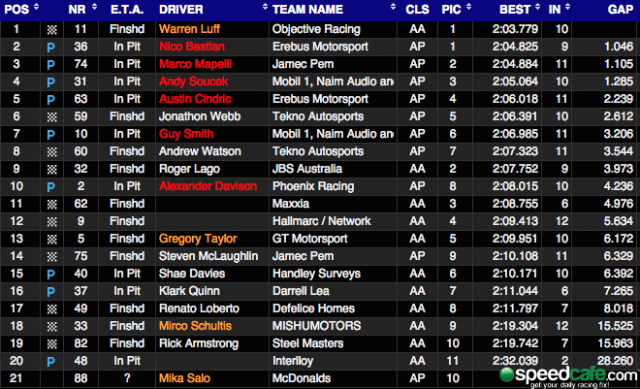