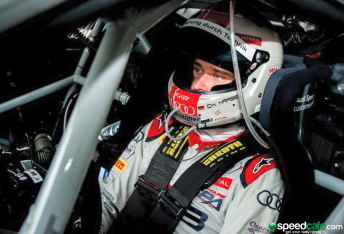 The hour long Practice 2 marked the first for the full field following the unseeded driver only session earlier in the morning.

Haase’s car led the way for much of the going thanks to an early 2:04.66s effort from co-driver Christopher Mies.

Alvaro Parente eventually shaved 0.03s from the benchmark to move the #59 Tekno McLaren to the top with eight minutes left on the clock, before Haase responded with 2:04.09s.

Rast, who was a late replacement for the injured Craig Lowndes in the #75 Jamec Pem Audi, also improved late to draw within 0.029s of his team-mate. Bentley’s Maxime Soulet bumped Parente to fourth at the chequered flag ahead of the Nissan GT-R, which lapped in a best of 2:04.82s with Katsumasa Chiyo at the wheel.

No one proved able to better Warren Luff’s time from the opening session, which at 2:03.78s remains the fastest of the day so far.

Erebus Motorsport’s #63 Mercedes sat out the bulk of the session after Maro Engel tapped the wall at the top of the mountain.

The German had been having his first laps at the venue since the 2014 race and had briefly topped the times in the early going.

M Motorsport’s Lamborghini also struck trouble, with Dale Wood forced to stop on Mountain Straight with a gearbox problem before a single flying lap could be completed.

The day’s third practice session will get underway at 1230 local time. 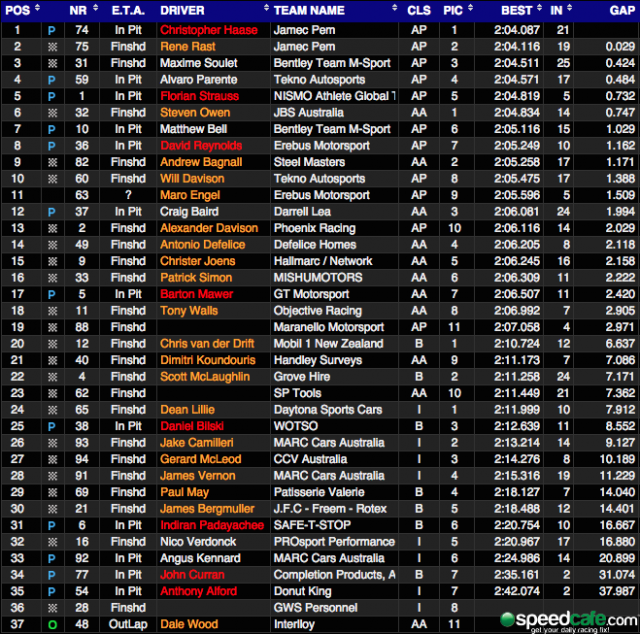