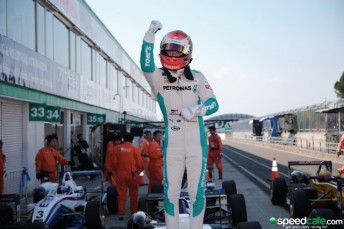 The Super GT, which also runs the GT300 class in an eight-round series, sees the 21-year-old Cassidy enter another key phase in his career after winning the Japanese Formula 3 title for the squad last year.

“It is every young drivers dream to become a factory supported racing driver, so I am extremely proud to be joining Lexus TOM’S team this year,” Cassidy said.

“I know I have a steep learning curve ahead of me, but I am ready to do everything that is possible to learn off those around me.

“I am fortunate to be sharing the car with Daiske Ito. He is an extremely experienced driver in Super GT.”

The Super GT offers a variety of challenges through its season where race distances range from 300km to 1000km.

Cassidy will begin his Super GT campaign in early April at Okayama.