Can Nissan claim back-to-back wins in the Bathurst 12 Hour?

Laced with supremely talented European crews and nine full-time V8 Supercar drivers, the 22-car strong GT3 component of the 12 Hour is tipped to be even more fiercely contested than last year.

Chiyo produced a stirring drive in a bruising final few laps last year when he charged to the front on the final tour to win.

He again lines up with Florian Strauss while Rick Kelly comes into the line-up at the expense of Wolfgang Reip.

Chiyo remains guarded over whether he can duplicate the famous back-to-back wins of Jim Richards and Mark Skaife in the Bathurst 1000 in 1991 and 1992.

“I think it’s going to be harder because a lot of V8 Supercar drivers are in this race and many strong European teams,” Chiyo told Speedcafe.com.

“We have a different BOP this time.

“Yes there will be a difference in straight-line speed. We have less boost compared to last year.

“This is a problem but compared to other cars I’m not sure so we will see after the first practice.”

Chiyo smiles broadly when recalling his victory last year which saw him dice with some of the best credentialed GT racers in the world.

“Seeing the chequered flag last year after the excitement of the last few laps was very special,” Chiyo beamed.

“I hope we can do it again Anything can happen in 12 hours so we have to stay on the track and on the lead lap.

“But I hope we will be in with a chance in the last 30 minutes.” 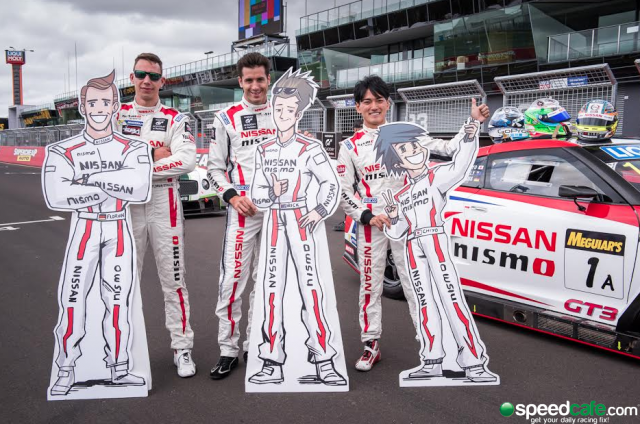