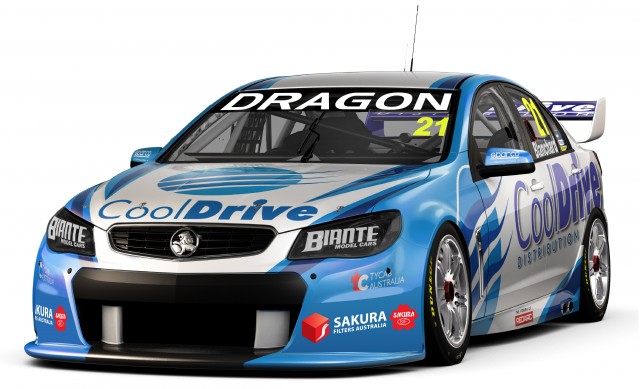 Blanchard, who joins the Albury team from Lucas Dumbrell Motorsport, will step into the car debuted by Fabian Coulthard midway through 2015.

The team has confirmed that Wally Storey will co-engineer the car with Tony Woodward.

Storey will move away from the Jason Bright #8 BJR Commodore while Woodward will continue his association with the #21.

“Brad and the team have made me feel very welcome,” said Blanchard.

“Wally (Storey) is easily one of the most experienced engineers in the field so it’s fantastic that he is stepping up to work on my car.

“It shows the team are eager to solidify my spot in the championship.

“I’m going into the season ahead looking to get consistent results.

“I know it will take time to get to the front so the expectations are set accordingly.

“I’m looking forward to the challenge the year ahead will bring.

“The cars are competitive, with all of them achieving top ten results and podiums throughout the 2015 season.

“From the feedback I’ve had, people are excited to see what I can do in the TeamCoolDrive car so it’s without a doubt that I’m happy to be on board.”

Blanchard is set to jump behind the wheel of the #21 at a test day held at Winton on February 22.