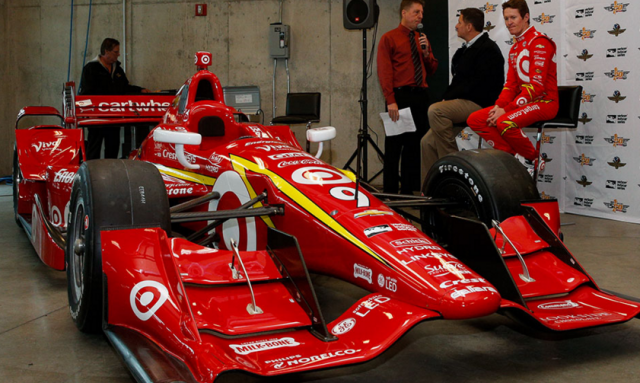 Chip Ganassi Racing will celebrate 20 years since its first CART title with a retro livery on Scott Dixon’s Target IndyCar this season.

Featuring the famous yellow lightning bolt on the traditional red and white Target colours, the look was unveiled as part of IndyCar’s official media day at Indianapolis.

The scheme featured on Ganassi’s cars from 1995 through 2001; a spell that included four straight titles for the team with drivers Jimmy Vasser, Alex Zanardi and Juan Pablo Montoya.

Dixon joined Ganassi in 2002 and has gone on to win four titles of his own, including last year.

“It’s very exciting to have the lightning bolt paint scheme back on the car,” Dixon said.

“I think it first showed up in 1995 on (Jimmy) Vasser and Bryan Herta’s car, actually, and then it went through 2001 with Memo (Gidley) I think being the last one.

“I went to see my very first IndyCar race in 1997 in Vancouver. It brings back a lot of great memories, but also of a lot of legendary drivers like Alex Zanardi, Vasser and (Juan Pablo) Montoya.

“But to me, it’s good to see it. It’s an amazing ride and in this year, with the 100th running of the Indianapolis 500, bringing back this iconic paint scheme, we’re obviously hoping for good things.”

Dixon is once again part of a four-car Ganassi tilt this season, driving alongside Tony Kanaan, Charlie Kimball and new signing Max Chilton.