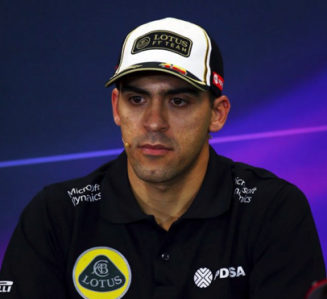 Pastor Maldonado has confirmed he will be absent from the 2016 Formula 1 grid with Renault expected to unveil Kevin Magnussen as his replacement this week.

The development prompted the team’s new owners Renault to open talks with McLaren refugee Magnussen with the Dane now set to fill the vacant seat.

Maldonado has now since moved to confirm his situation after issuing a statement via his official Twitter account.

The announcement will see his turbulent five-year spell in F1 come to an end.

The 30-year-old enjoyed three seasons at Williams making his debut in 2011 where he went on to score a surprise victory a the 2012 Spanish Grand Prix.

He has spent the last two years driving for Lotus, who were taken over by Renault at the end of last year.

“As you all know there have been rumours over the last few days about my immediate future in Formula 1,” said Maldonado via a statement issued on Twitter.

“It has been 23 years in the exciting world of sports. I started at a young age.

“Soon after turning into a teenager I started chasing my dreams in unknown lands, without the warmth from my people, my roots, my Venezuela.

“In that moment, I became a man and I understood that there were plenty of things that could distract me from my goal, but I always reached it.

“I got used to winning, we got over 200 trophies of all sizes and shapes. All my life has been filled with achievements in a wonderful space which made my people proud.

“The most awaited dream arrived. The end that justified all the means: Formula 1, a category that even gave me the most anticipated of wins, in that Spanish Grand Prix in 2012.

“Today with the biggest humility I inform you that I won’t be on the grid at the start of the 2016 season. Thanks for all the messages of support, passion and concerns about my future.”