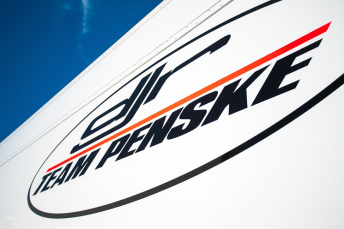 DJR Team Penske will kick off its V8 season on Monday

Fabian Coulthard will get his first laps as a DJR Team Penske driver when he shakes down a new chassis at Queensland Raceway on Monday.

Coulthard’s fresh car is set to run its 60km shakedown before taking part in a ride program, which will also include a second car for team-mate Scott Pye.

The joint shakedown and ride day will also serve as a livery launch for Pye’s entry ahead of the March 3-6 Clipsal 500 Adelaide.

Monday’s running precedes DJRTP’s full pre-season test day on February 17, during a week that will see all V8 Supercars Championship entries on track across Winton and Ipswich.

“It’s a great opportunity to get Fabian familiar with a DJR Team Penske Falcon before we have our full test day,” DJRTP managing director Ryan Story told Speedcafe.com of Monday.

“Any track time ahead of Adelaide is important for us to start building relationships and in the case of Fabian and Phil (Keed, engineer), getting them accustomed to our cars.”

Coulthard’s is one of a fleet of new cars being prepared for the new V8 season, with Red Bull Racing Australia, Brad Jones Racing, Prodrive, Nissan Motorsport and the Holden Racing Team also set to roll out new machinery.

Pye is set to start the season in the newest of the three cars that he used in 2015 before receiving a fresh chassis of his own partway through the campaign.

While DJRTP alternated between chassis at almost every event last year, the strategy has been revised for the new season . 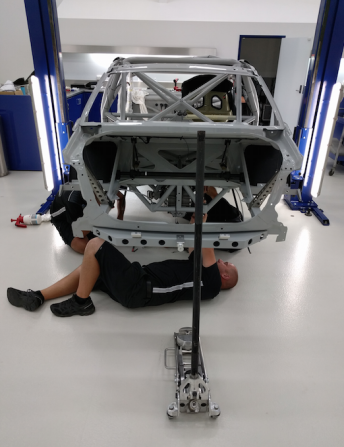 “Our rationale is to have two driver-specific, near complete spares at the shop to back up our race cars,” said Story.

“Last year that (swapping chassis) was as much about logistics as anything, bearing in mind we had a fairly robust fleet of cars for our single entry.”

Both cars will don the same livery on Monday in order to maximise filming and corporate opportunities for the yet-to-be-announced sponsor.

The team is set to continue its rolling sponsorship model after running nine different primary backers across its single car last year.

“For the most part we will be rotating through our core group of Penske brands and associated entities,” explained Story of this year’s sponsorship model.

“The intent is that we’ll run both cars in the same livery where appropriate. That will be the case at more events than not.

“We’ll utilise the ride day to launch one of our major partners for the Clipsal 500 and then when we go testing we’ll also use that day to film, so there will be some different partners on the car at that point too.”

While expectations have been raised for Penske’s second year in the championship, Story insists that the team must continue to aim for gradual improvement.

“We will head to Clipsal hoping to have two cars in the top 10,” he said.

“That’s our goal to start with and we’ll hope to improve from there.

“We’ve expanded our head count quite a bit and we’re a hungry group, but while we’ve been going through our expansion it’s not like our competitors have been standing still.”