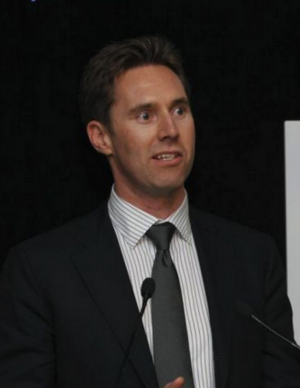 V8 Supercars commercial director Matt Braid has been promoted to the new role of managing director, the category has announced.

Braid joined V8 Supercars in the commercial role just over 12 months ago following an 11 year stint at Volvo Car Australia.

His time as Volvo MD included introducing the brand to V8 Supercars with Garry Rogers Motorsport in 2014.

According to V8 Supercars, Braid’s new position will see him focus on the day-to-day operations of the business.

“2015 was a great year for V8 Supercars with strong growth in crowds, TV ratings and commercially,” said Warburton in a statement.

“With the turnaround of the business complete, we now want to ensure that growth continues into the future against a backdrop of increasing competition from other sports and forms of entertainment.

“These changes allow me to focus on those strategic and growth opportunities as Matt assumes greater responsibility for the day to day operations of the business.

“We have a strong and competitive sport and a growing fan base and now need to capitalise on the growth opportunities before us.

“This is an exciting time for the sport and all our participants, partners and fans and I believe there’s never a better time to be involved in V8 Supercars.

“I can’t wait for the 2016 season to start at Clipsal 500 Adelaide on March 3 and look forward to a fantastic year ahead including our first championship event in Malaysia in August.”