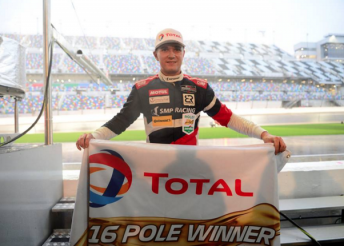 Russian team SMP Racing will lead the field to the green flag at the Daytona 24 Hours after scoring pole in a rain hit qualifying.

While six GTLM cars went quicker in dry weather during their earlier session, IMSA rules dictate that the Prototype cars start at the front of the field.

Aleshin is set to share the pole winning car in the race with Nic Minassian, Maurizio Mediani and Kirill Ladygin.

Tequila Patron ESM’s Ligier will line up second thanks to the efforts of Pipo Derani, whose best time was good enough for just 12th outright.

The #60 Mike Shank Racing Ligier and #10 Wayne Taylor Racing Corvette make up the second row, with the latter the first of the Daytona Prototypes.

Shane van Gisbergen’s Porsche will meanwhile start third in GTD thanks to the efforts of lead driver Leh Keen.