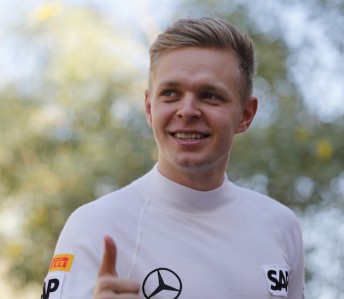 Renault is close to finalising a deal that will see Kevin Magnussen pitched back into a full-time Formula 1 drive this season.

The development has come to light amid problems with Pastor Maldonado’s sponsorship from Venezuelan oil concern PDVSA.

Renault has taken over the Lotus operation for which Maldonado has driven for the previous two seasons.

Since his surprise win for the Williams team in Spain in 2012, Maldonado has endured a rocky path in F1 which has been littered with mistakes and crashes.

Magnussen, the son of ex-F1 racer Jan Magnussen, made his F1 debut for McLaren in 2014 before making way for Stoffel Vandoorne as the third driver for the Woking squad behind race drivers Jenson Button and Fernando Alonso.

Renault has previously confirmed Briton Jolyon Palmer as the French company makes its return as a fully fledged constructor in 2016.

Magnussen’s seat beside Palmer is expected to be confirmed when the squad launches its 2016 squad in Paris next week.