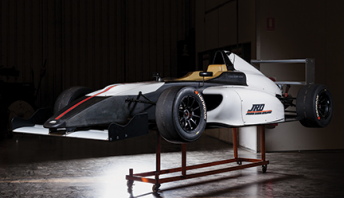 A team which has enjoyed success in state and national level Formula Vee racing is eyeing a two-car plunge into the Jayco Australian Formula 4 Championship.

The team has already had one of two Mygale chassis delivered to its workshop ready to be emblazoned in livery.

“We have had discussions with a number of drivers who would like to join the team and are working very hard to get their budgets together, however right now nothing is currently locked-down so we have seats available for drivers with a budget looking to join the championship.”

The Formula 4 Championship runs five of its seven rounds on the undercard at V8 Supercars meetings with the opening round scheduled for Symmons Plains from April 1-3.

“The fact the championship runs as a support to the V8 Supercars Championship, and also travels to New Zealand with the Australian GT category, really is a big chance for the drivers to show off their talents in front of their future bosses,” MacLennan said.

“And as Formula 4 is fully telecast live on Fox Sports and the Ten Network, it is a big tick for sponsors.”

Some of the drivers who have competed previously for the Melbourne-based team include 2011 National Formula Vee Champion Ryan Simpson, 2010 Victorian State and National Champion Daniel Reinhardt, Ash Quddington, and last year’s drivers James Dean and Mitch Quiddington who won the CAMS and FVAV Championships respectively.