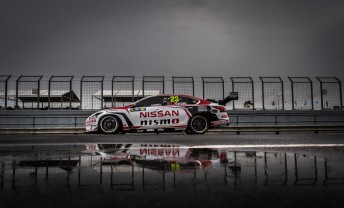 The manufacturer will take the covers off Michael Caruso’s latest Nissan Nismo livery, continuing its factory presence on the #23 Altima into a second season.

While the V8 Supercar’s track time will be restricted to a handful of filming laps, Nissan’s GT-R GT3 will undertake a full test ahead of the February 5-7 12 Hour.

Bathurst drivers Rick Kelly and Florian Strauss will pilot the car, which completed a brief shakedown at Fuji Speedway late last year before being dispatched to Australia. 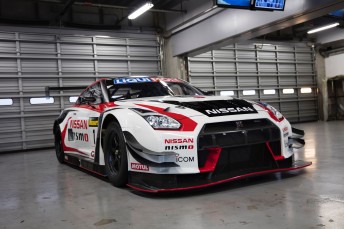 As previously reported, the brand new GT3 machine has been purchased from Nismo by Nissan Australia and will remain in the country after the Bathurst race.

Nissan’s third Bathurst 12 Hour driver, Katsumasa Chiyo, will be absent from today’s test due to a clashing commitment.

It is understood that the 29-year-old is testing with Nissan’s SuperGT outfit ahead of a rumoured promotion to a GT500 seat for the new season.

Approximately half of Nissan’s 30-strong Bathurst squad are expected to be present at Phillip Island, combining crew from its Japanese Nismo outfit, British team RJN and the Australian V8 Supercars operation.

The track will be closed to the public, with the Nissans the only cars on circuit.

Nissan won the 12 Hour in spectacular style last year, but will again have to overcome a competitive fleet of Audi, Bentley, Mercedes, McLaren, Ferrari and Lamborghini entries in order to retain its crown.