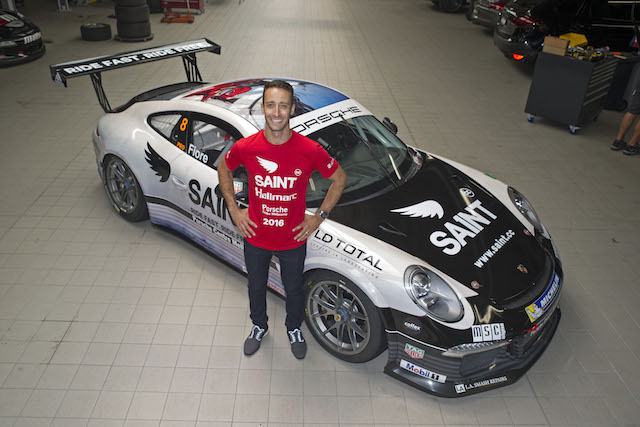 Dean Fiore is back in Carrera Cup full-time this year

Experienced Western Australian driver Dean Fiore will return to a full-time drive in the Porsche Carrera Cup Australia Championship for the first time in eight years this season.

Fiore arrives back to a full schedule in the one-make series with support from apparel maker, Saint.

The West Australian contested the 2006, 2007 and 2008 seasons of the all-Porsche championship and has since raced in the past two Carrera Cup Pro-Am events alongside Cini (2014) and Ash Samadi (2015).

“To be able to race a Porsche full-time with Porsche Centre Melbourne this season with the support of Saint is a tremendous honour,” Fiore said.

“I’ve raced many different series and cars since 2008 and little compares to the Carrera Cup experience, both on and off the track.

“I can’t wait to represent both Porsche Centre Melbourne and Saint on the grid of the Clipsal 500,” the winner of two round wins, five race wins and six round podiums from 76 races contested, said.

“We greatly value our Carrera Cup program and believe Dean is not only a talented racer, but a worthy ambassador for our business,” said Pellegrini.

“We have had tremendous success in the past, including three championship titles with Craig Baird in 2011, 2012 and 2013, and one with Jim Richards in the inaugural 2003 season, while Craig has been a fantastic ambassador for the dealership for the past five seasons.

Fiore will have his first outing with the team at the official Porsche Carrera Cup Australia test at Sydney Motorsport Park on February 10 ahead of the opening round in Adelaide from March 3-6. 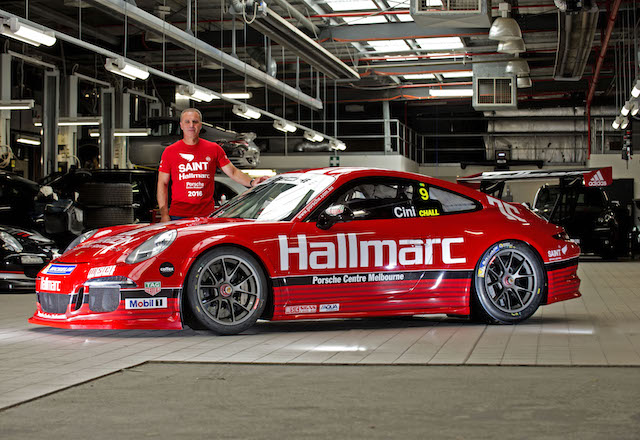