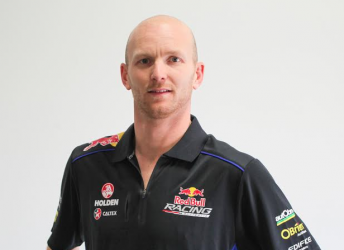 Premat moves to Red Bull from Garry Rogers Motorsport, which ran the Frenchman full-time in 2012 and 2013 before pairing him with Scott McLaughlin in the last two Enduro Cups.

“I’m proud to be part of such a great team, especially with the successful history that Triple Eight Race Engineering has in V8 Supercars and at Bathurst,” said Premat.

“I will do everything in my power to bring them great results; personally my goal is to be the first French Bathurst winner.”

Van Gisbergen, who will race against Premat this weekend in the Daytona 24 Hours, says he’s excited to link with the fast Frenchman.

“It was a pretty cool surprise when I heard about Alex being available for the endurance races this year,” he said.

“He has an awesome racing history but more importantly good speed and consistency as a V8 Supercar co-driver the last couple of years.

“The enduros are huge weekends in the championship and I think we have a great driving combination for them.”

The signing marks a return to international imports for Triple Eight, which ran a succession of European co-drivers in its cars last decade.

“We only ever go for the best enduro co-drivers that are available, so when Alex became available we jumped at the opportunity,” said Dutton.

“We are very excited to have him as part of the team. Alex is well regarded around the world, and I don’t think we have seen his full potential in a V8 Supercar just yet.”