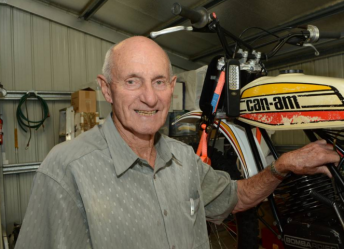 Veteran speedway official and mechanic Kevin McDonald has been recognised for his services to motorsport in the Australia Day honours list.

McDonald, 84, is a former long serving mechanic to former state and national champions and has officiated at motorcycle and Supercross meetings around the country.

A Bathurst resident, McDonald has previously been instrumental in the careers of many successful competitors.

His links with prolific Australian and state champion Chris Watson among others were legendary.

During his time he was the go-to man for visiting international speedway competitors including Hans Nielsen (Denmark) and Bruce Penhall (US) when they campaigned in Australia.

“It’s been a good life. I’ve enjoyed it,” he told the Western Advocate newspaper.

In other motorsport related news from the Australia Day honours, Peter Brock’s former longtime partner Bev Brock received an OAM for her service to the community through charitable organisations.