M Motorsport will stick with its Gallardo for Bathurst

Justin McMillan’s M Motorsport will run its repaired Lamborghini Gallardo FL2 in the Bathurst 12 Hours after electing to delay the debut of its brand new Extenso.

The Gallardo was last seen in November’s Highlands 101, where a refuelling mishap resulted in a spectacular pitlane fireball. 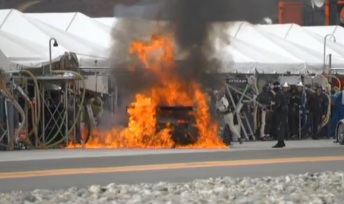 With the largely superficial damage now repaired, the car was run at Phillip Island last week in preparation for the February 5-7 12 Hour.

“We’re going to run our incumbent Gallardo FL2 as opposed to the new Extenso that is on its way from Reiter Engineering right now,” McMillan confirmed.

“Potential delays and issues with running a brand new car with no time to test ahead of the event ultimately made the decision for us.

“We saw last year in the final rounds of AGT that the FL2 was as quick as anything else in the field, and it’s a known product, we’ve been running one for three seasons now. 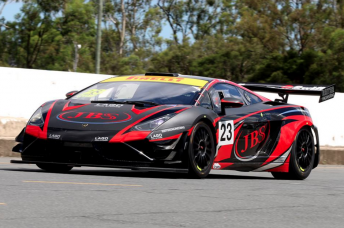 Roger Lago’s entry will now be the only Extenso. pic: Matthew Paul Photography

“After the fire at Highlands which was mostly superficial, the car has had a complete birthday and is almost new and good to go.

“We’ve tested, and both Glen and I had some pretty serious pace at Phillip Island, so I think it’s going to be an exceptional event for the M-Motorsport/Interlloy team.”

McMillan’s car is one of three Lamborghinis among the field, which also includes an Extenso for Roger Lago/Steve Owen/Luke Youlden and the Nick Percat/Scott Andrews/Peter Rullo Gallardo.

Lamborghinis have proven among the pace-setters at the 12 Hour in recent years but have managed no better than seventh in the race itself.

McMillan’s entry hasn’t seen the chequered flag since 2013, when the car owner combined with Steven Richards and Dean Lilley to score 13th. 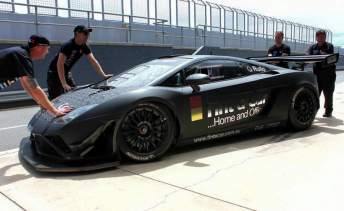 Enthusing about his current driver line-up, McMillan says his squad is better prepared than ever to tackle to endurance challenge.

“Dale always rises to the occasion in the Bathurst 1000 and he was fast when he drove with us ahead of our shortened race in 2014, while John has proven fast on the mountain in the past and was strong there last year in the Trass Family Ferrari,” he said.

“As for Glen, well he’s been a revelation since joining the team last year where he was quick at Sydney, Sandown and Highlands, and while he’s not competed at Bathurst before, he was quick in New Zealand last year despite having no prior event experience.

“He’s also got Dale to draw on for experience, and we’ve got a bit of time to dial ourselves in with more than five hours practice.”