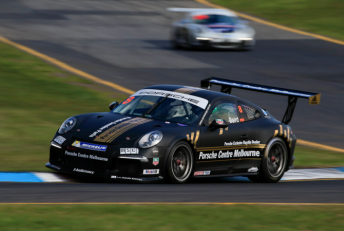 Carrera Cup legend Craig Baird discusses his move from driver to official in the Porsche championship with Speedcafe.com’s Stefan Bartholomaeus.

SPEEDCAFE: Craig, not seeing you on the Carrera Cup grid next year is something that’ll take time for all of us to get used to. What has triggered this move?

CRAIG BAIRD: Over the last two or three years I’ve had huge support from Porsche Cars Australia and it got to the point where I was finding it difficult to bring sponsorship to the table.

As a driver you can’t just be on the receiving end with your hand out all the time. There were people wanting to buy cars and mine was owned by Porsche Centre Melbourne/Porsche Cars Australia.

With the queue of people wanting to buy cars, I really needed to either start paying my own way or make way for a paying customer.

SPEEDCAFE: So is there genuine disappointment for yourself that you won’t be racing? Or does it feel like time to move on?

BAIRD: I’ve been involved in the Carrera Cup for a long time so in some ways I will get itchy feet looking at a Carrera Cup race start.

But on the flip side I’m still racing in another category (Australian GT) and it’s nice just to still be involved (in Carrera Cup).

As you get a little bit older you probably don’t get any faster, but you get wiser, and I’m happy with the opportunities I’ve got both on track and to maintain my relationship with Porsche. 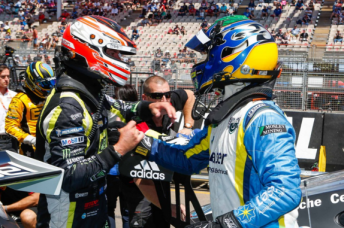 Baird and the man who ended his run of three straight titles in 2014, Steven Richards

SPEEDCAFE: You’d set the bar enormously high over the 2011-2013 period. Do you feel your speed fell away a bit over the last two years, or did the competition step up?

BAIRD: I can pinpoint it exactly. I’m a fairly aggressive driver and the new car (Type 991 introduced in 2014) just doesn’t suit that style of driving.

There’s not a driver out there that can jump into everything and be perfect in it. My style is just a little bit too aggressive for that car.

I think I proved that even last year when I went to Asia I could lead GT races against the best GT drivers in the world.

I don’t think my speed had dropped away in everything but it certainly had in that car in the Carrera Cup field.

At certain times it was good when I could control my natural style. Places like the Singapore Grand Prix, where there was a very competitive field, I could win races.

But I’m the first to admit that my style didn’t quite suit the new model car.

As the cars have gotten better and easier to drive with paddle shifts and bits and pieces, I wouldn’t say it takes the skill out of it, but it brings the field closer together.

You find a lot of people now can jump straight into the Carrera Cup and be fairly quick.

With the old car with the sequential box there were very few that could put a whole race together immediately. Baird in action during his title winning 2012 season

SPEEDCAFE: A one-make category with a lot of drivers at the front who are so evenly matched sounds like a challenging one in which to jump into the Driving Standards Advisor role.

BAIRD: Yes and no. I’ve done it for the last three or four years in the GT3 Cup Challenge where you’re dealing with more rookie and amateur drivers.

I’m not saying I rule with an iron fist, but it’s fairly hard to pull the wool over my eyes because I’ve probably had as many people off in my career as anyone.

It’s the old saying that you send a thief to catch a thief. But you try and guide them early in the weekend so you have less flames to pull out later.

SPEEDCAFE: Anyone who drove in the British Touring Car Championship during the 1990s has pretty much seen it all when it comes to driving standards.

BAIRD: Correct. We had a driving standards guy there, Jeff Allam, and he could pull two drivers into a room and sort it out.

I will tend to model myself off of Tomas Mezera because I drove in V8 Supercars and Carrera Cup under him.

It’s a job that’s non-rewarding, because it doesn’t matter what the case is, one party leaves happy and the other leaves sad. It’s as simple as that.

But you’ve got to make your decisions and stand by them. I think in the past in different categories that people don’t want to upset people and they try and sit on the fence. You can’t do that.

One of the problems you get with race drivers is that, even if they are in the wrong, they jump out and mislead their team or their mum or dad and convince third parties to fight for them.

It’s a sport where you make a judgement call as a driver and if it doesn’t come off as a driver you’ve got to pay the consequences.

But in saying that, as I say to the GT3 Cup guys, part of my role is actually to be on the drivers’ side.

There’s been plenty of people in race control who have pulled the trigger on a penalty without quite taking the racing experience into account as to why it happened.

Something could have triggered it much earlier in the incident. The end result may look one way, but you’ve got to start at the beginning.

So I’m on their (the drivers’) side, but if they do something stupid I’ll be on the stewards’ side. 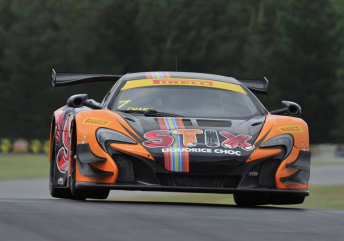 SPEEDCAFE: You’ve got the Bathurst 12 Hour coming up with Tony Quinn and the Australian GT Championship with Scott Taylor. Are you going back to Carrera Cup Asia as well?

BAIRD: No, last year that was really just a last minute opportunity to step in for Mok Weng Sun when he elected not to drive the car.

I have been asked to be a tutor for their junior development driver in Asia, but obviously I can only do the rounds that don’t clash with my commitments in Australia.

The role will be about going to the pre-season test, help the driver find their feet with the car and working with data and engineers and how to represent Porsche off-track.

So I’ll still be involved with Carrera Cup in Asia, but I won’t be racing.

SPEEDCAFE: Now that you’re not racing Carrera Cup full-time, are there any other boxes in the racing world that you’re still eager to go and tick before you retire?

BAIRD: Nothing really jumps out. I still really just enjoy racing and am still competitive.

Last year I still could have won the (Carrera Cup) championship at the last round.

My idol, Jim Richards, is still very competitive and a great driver. He’d be the first to tell you that he’s not as quick as he used to be, but he can still do a very good job, just not in all equipment.

SPEEDCAFE: Are the V8 enduros over for you as a driver? Or is the phone still ringing? The Holdsworth/Baird Mercedes at Bathurst, 2014

SPEEDCAFE: Are you confident you’ll be on the grid for the Pirtek Enduro Cup?

BAIRD: Nothing is done, but at the end of the day because the enduros are so important for the championship now, the small mistakes a co-driver makes can be very, very costly to the big picture.

There are some guys out there that can be quicker than me in a V8 Supercar, but I think I can still circulate very close to the pace without too much stress.

If you look at what Lee Holdsworth and I did in 2013, we finished fourth outright in the Enduro Cup.

We didn’t have the fastest car and I probably wasn’t the fastest co-driver, but I handed it back to Lee as a very tidy package to get to the end.

If you look at some of the guys last year, there were some with massive speed in good cars that made silly mistakes.

That’s not their fault because they’re just not racing enough. It’s very hard for people to get their speed back without stressing the brain too hard.

That’s one thing I’ve always been able to do, drive within my comfort zone and be there or thereabouts with the other co-drivers.