POLL: What is your favourite ATCC/V8SC era? As V8 Supercars continues work on its Gen2 plan, this week’s Pirtek Poll asks you to vote for your favourite era of ATCC/V8SC competition.

The ATCC’s history can be sliced into seven distinct eras stretching from the very much production-based early days to the modern bespoke V8 Supercars.

Gen2 promises to continue the Car of the Future’s mandate of returning more variety to the category, with two-door bodies and non-V8 engines encouraged for the first time since 1992.

No manufacturers, either new or incumbent, have however committed to taking advantage of the new rules as yet, leaving expectations that little will change in 2017.

Which era has been the best to date? Read on and cast your vote on the Pirtek Poll at the bottom of the page. Jaguars dominated the early days of the ATCC

To coincide with the kick-off of the ATCC in 1960, CAMS moved to create a single set of touring car regulations across the country.

Although requiring standard bodywork, the rules allowed for significant modifications, including increasing the capacity of engines to the maximum permissible in each class.

British machinery showed the way across the five-year period, with Jaguar’s Mk I and II models taking four straight titles before being beaten by the Ford Cortina in 1964. 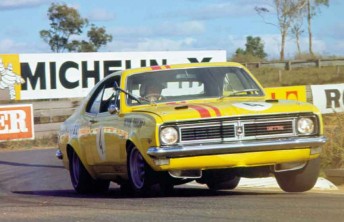 Officially known as Group C Improved Production Touring Cars, the next era saw the emergence of the V8 engine as a must have to win the ATCC.

American muscle cars took seven of the eight titles run to Improved Production rules, with the Ford Mustang and Chevrolet Camaro doing the bulk of the winning.

As would be the case with the second iteration of Group C, the Improved Production rules evolved greatly during the period, resulting in increasingly faster and tougher looking machinery. The next major regulation changes for 1973 were a clear move to ‘Australianise’ the championship and saw the US pony cars make way for a succession of Ford Falcons and Holden Toranas.

By the end of Group C, however, the ATCC was as diverse as ever with factory backed efforts from BMW, Mazda and Nissan joining the Ford and now Commodore-mounted Holden heroes.

Although the increasingly political nature of homologations proved a nightmare, Group C provided some of the championship’s most iconic cars and, importantly, saw common rules with the Bathurst enduro for the first time. 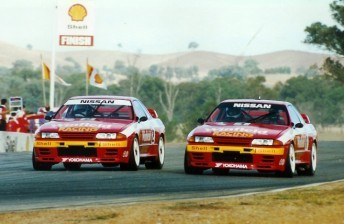 For 1985, CAMS adopted an international formula for the ATCC, applying the FIA’s Group A regulations that had been booming in Europe.

Initially providing strong variety at the front of the field, the Ford Sierra RS500 and later Nissan GT-R emerged as dominant cars.

That left little joy for fans of the local V8s, withFord’s Falcon on the sidelines and Holden’s Commodore largely uncompetitive as fields and crowds dwindled. Home grown V8s returned in a big way in 1993, with new rules shaped to see big-winged 5.0 litre Falcons and Commodores once again rule the roost.

The change was the catalyst for an enormous period of growth for the championship, which adopted the tag of ‘V8 Supercars’ four years later amid a takeover of the category’s marketing rights.

Parity between the Fords and Holdens proved a hot topic from the outset, resulting in frequent aero adjustments as rule makers attempted to balance the marques. Efforts to seek technical parity took a major step forward in 2003, where ‘Project Blueprint’ was implemented to establish further commonality between the Commodores and Falcons.

The changes, which included mandating a Ford-style double-wishbone front-end for the Holdens, coincided with new model introductions from both marques. Nissan was the first new marque to commit to the COTF

The changing face of the local automotive landscape brought a move to open up the category to non-Ford and Holden machinery for 2013.

A requirement to use 5.0 litre V8 engines, however, proved polarising among manufacturers and made it tough going for those who have joined.

Further to Project Blueprint, a full control chassis was also introduced with Car of the Future, helping, initially at least, to provide a greater variety of race winners than that seen late in the previous era.