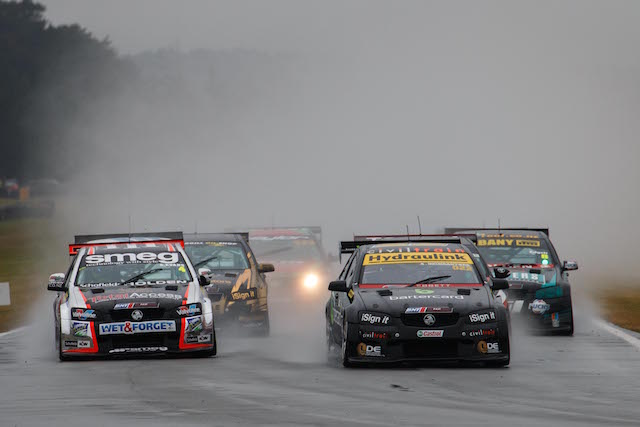 Andre Heimgartner leads the charge at Teretonga in Invercargill

Heimgartner produced two race wins and a second in the three-race format at the seven-turn circuit at the bottom of the South Island.

Angus Fogg succeeded in the final race with harsh weather conditions providing a minefield for competitors.

“It was tough out there for sure, just like last weekend at Ruapuna,” Heimgartner said.

“The track seemed to be different every time we went out, then the final reverse grid race was hot and sunny.

“It was a good battle up the front with Simon (Evans) and Angus in that last one, they both drove really well, I really enjoy driving the car.

Fogg who made a blinding start from third on the grid in the final race, surging to the front by turn one.

“We’ve been close to a win a couple of times this season, and it’s nice to get one,” Fogg said.

“It was a tough weekend, we broke a diff in the first race on Saturday and replaced it last night.”

“Those two young guys (Heimgartner and Evans) chased me to the line, they are both certainly on form.”
In class two, the weekend was won by championship leader Brock Cooley who secured pole position in qualifying followed by two wins and a second placing.

Evans still leads the points table in class one by 130 points from Jason Bargwanna, while Cooley now holds a commanding lead of points 145 points in class two over Brad Lathrope.

The next round of the NZ Touring Cars is scheduled for Manfield from February 13-14.