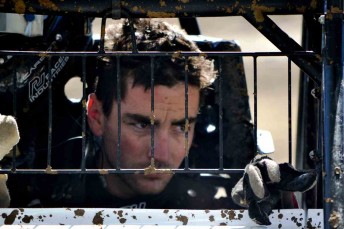 McFadden continued his spectacular form at the Lara circuit to take the $10,000 winner’s cheque, finishing ahead of Brooke Tatnell and American Kyle Hirst.

After his win in the World Series round at the same venue on December 30, McFadden drove from fourth on the grid – passing Tatnell on the penultimate lap, to take a popular victory.

“Got the W tonight @avalonraceway good way to start the next few weeks,” McFadden tweeted after the result.

While the 21 year old took the winner’s cheque, it was a rare off night for his good friend Jamie Veal.

The winner of last weekend’s Scott Darley Challenge had to qualify through the B-Main (where he finished second), and eventually finished a lowly 14th in the final.

For McFadden the victory will prove a huge confidence boost on the eve of the biggest two weeks of the sprintcar season.

The President’s Cup kicked off a marathon nine nights of racing across the next 12 days – headlined by this weekend’s Grand Annual Sprintcar Classic, and next weekend’s Australian Championship, both at Warrnambool’s Premier Speedway.

The 44th running of the 3 night Classic begins tomorrow night with a staggering field of 124 cars entered.