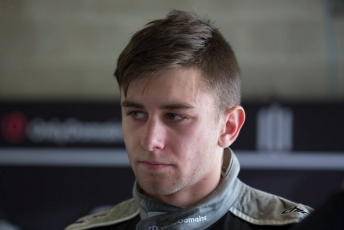 Andre Heimgartner will warm up for his Australian GT Championship campaign with a co-drive in next month’s Liqui-Moly Bathurst 12 Hour.

The Kiwi is set to share a Melbourne Performance Centre run Audi alongside Marcus Marshall and brothers James and Theo Koundouris.

Heimgartner had previously confirmed a full AGTC campaign in the same car, sharing the driving with James in the sprint series and Theo in the enduros.

After sampling the Audi for the first time yesterday at a Phillip Island test, Heimgartner says he’s excited about his foray into GT3 racing.

The 20-year-old drove for Super Black Racing in the majority of last year’s V8 Supercars Championship and was behind the wheel of a NZ Touring Car as recently as last weekend.

“I never need an excuse to race at Bathurst so having the opportunity to tackle the Bathurst 12 Hour in a brand new car capable of race wins makes for an exciting proposition,” said Heimgartner.

“I had my first taste of the Audi R8 yesterday at Phillip Island and I was impressed. “It handles beautifully so I am looking forward to throwing it around the mountain with Theo, James and Marcus.”

Heimgartner’s only previous Bathurst 12 Hour start came aboard a production specification BMW 335i three years ago.

Despite the strength of the driver line-ups in other entries, including within the MPC stable, Heimgartner has high hopes for the event.

“The cars are extremely reliable, so it’s just a matter of racing clean and fast, avoiding any mistakes amongst traffic or with the walls, plus smooth pit stops and driver changes,” he said.

“(That’s) easier said than done though.

“The Koundouris brothers and Marcus are very experienced drivers in their own right and we all know the mountain well so combined with the MPC team, we are in a strong position to have a crack at winning.”